Contacting the dead: Medium John Edward on how to connect with lost loved ones 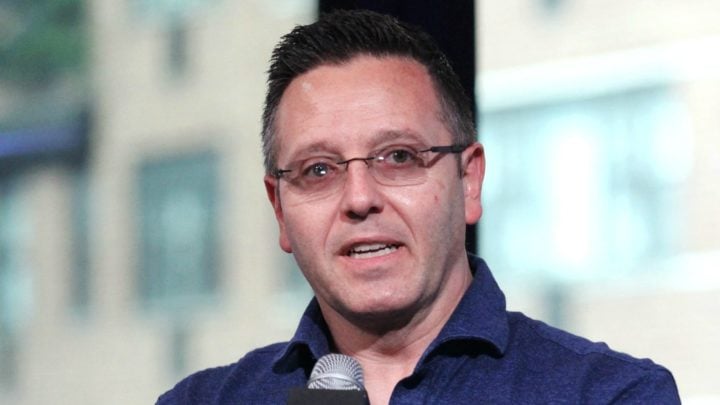 John Edward has busted the myths over communicating with the dead. Source: Getty.

When it comes to grieving the loss of a loved one, many people have different ways of coping – whether it be through keeping their belongings around the home, continuing to speak to them once they’re gone, or even seeing signs from their lost friend or relative.

And now psychic medium John Edward has revealed some simple tips he believes people can follow to help bridge the gap between the living and the departed – while busting the myths around guardian angels, signs from the dead, photo tributes and more.

Speaking in an exclusive chat with Starts at 60, the world famous medium – who built up a huge career ‘communicating’ with the lost relatives of some of the world’s biggest stars – has revealed a series of simple methods he believes help people connect with those who have passed away.

“The way to do that is to build a bridge, and the way you build a bridge is conscious communication. So whether that be sitting, praying and meditating, taking a walk on the beach where you feel connected, or sitting in a cemetery, whatever that place is.”

He went on: “But I also think you can use something very easy and subtle like creating a journal and writing letters to them. Getting your feelings [out] about your relationship with them, where you’re at in your life, how you’re feeling about your loss or just communicating with them like, ‘Here’s what’s taking place in my day’.”

Asked if it helps to visualise them at the time, he said: “You can, you can literally do that and communicate with them that way – you don’t have to speak out loud.

He explained that any method, (whatever works for you), that helps you feel part of the connection can help and explained it’s almost like a comic strip, where you see speech bubbles projecting the character’s thoughts out into the bubble.

Many people find they feel closer to a lost loved one by keeping photos of them close by, while some even set up small shrines or tributes to them.

However, John said to keep a deeper connection, it can be better to use more fluid and moving methods – such as a digital picture frame – ensuring there are different angles, scenes and memories flowing through your mind rather than one stagnant one.

“There’s different approaches,” he explained. “Some people create shrines to people that have passed and I understand why they do that, because it’s important that you feel connected and those things, those items, offer immediate grounding rods to make you feel connected.

“But I think sometimes over a period of time those same shrines can be a deterrent. It stops us and locks us into the place of grief, I say this openly – I’m not a therapist, I’m not a grief counsellor – but when people get stuck in a certain place in their grief, it’s not helpful.

“I think by today’s standards, if you have electronic photos that change – so it’s not looking at just a stagnant photo in a frame, there’s movement and growth… multiple photos of different parts of our life, scenes, can play through an e-frame. That would be helpful because it keeps them present in our daily lives and it’s not just the same stagnant photo.”

Another popular topic among people grieving is the idea that lost loved ones can send them ‘signs’ or signals, letting them know they love them and are thinking of them. It’s something John himself claims he’s experienced following his mum’s passing.

“My mum used to send me white feathers, so when I would see a white feather it would be a reference of my mum,” he explained.

Insisting he does believe in signs from the dead, (when looking at it with an open mind and objectively), he said: “Yes I do believe it, whether it be through photos, smells or other physical things, or lights flickering.”

However, he said he’s more commonly seen these signs through “established patterns” – whether that be a sequence of numbers people keep seeing such as ‘2, 2, 2’ or even a repetitive song on the radio.

“It [also] might be a scent or a smell, sometimes it’s finding change if people are finding change, it’ll be consistent they’ll be finding pennies or dimes. It’s any kind of consistent pattern or established link,” he added.

Elsewhere, many people find comfort in the belief that there are guardian angels watching over them in life – particularly after losing someone close to them.

John has his own views and while he said he completely believes they’re there, he added: “I don’t just see it as… say as a kid growing up, I was taught that we had a guardian angel that watched over us… [instead] I look at it as a team of energies that work with us, you can call them your spirit guides.

“I believe that we have team of energies that work with us and are connected to us.”

Read more: ‘No VIPs’: Psychic John Edward reveals what the afterlife is really like

Asked if they’re the same for everyone, he explained: “I think they’re different. I think most people’s are different, although I know that people do share them. That I absolutely know.

“I was teaching a class once and I had 12 people in the class, and one night of the week I worked with them on helping them meet their guides. There were two complete strangers in the class and both of them, on two separate nights, described the same energy – by name and description.”

John is famed for touring the world with sell-out shows and a hit program, Crossing Over with John Edwards, in the early 2000s. On it, he met huge stars including Ellen DeGeneres, Jimmy Kimmel, Dr Phil and more.

He will return to Australia for his latest tour Down Under in October and November. See all the dates and buy tickets on his official website here.

What are your beliefs around contacting lost loved ones? Have you ever felt signs or communication from someone who has died?