Poor people are more generous than the rich: Study 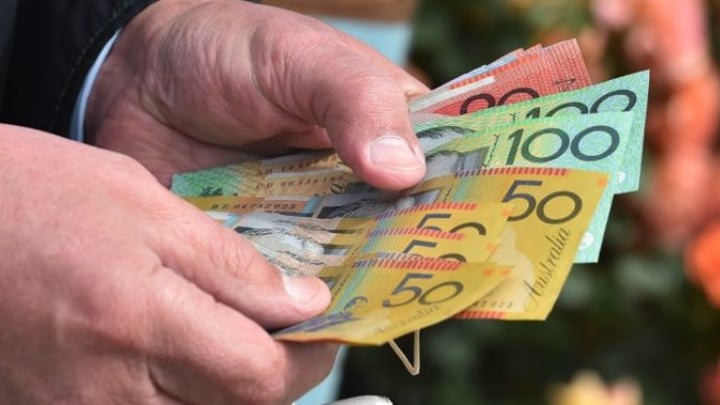 Poor people are more likely to give more to charity. Source: Getty

If you thought being a millionaire with plenty of cash to spare made a person more generous, think again.

New research has found it’s actually people from “lower status” backgrounds who are more likely to share their wealth, while the rich are significantly more stingy.

Researchers from the Queen Mary University of London came to the conclusion after setting up a social experiment where participants played games for real money. Each person in the study, published in the Journal Basic and Applied Social Psychology, was assigned to either a lower or higher status, which was determined how much money they were given at the start of the game.

During the games, participants were asked to decide how much money they wanted to keep for themselves and how much they wanted to donate to a group kitty that would later be split between all participants. Researchers quickly discovered those from poorer backgrounds would contribute more to the kitty.

Each participant either used money they had earned, while some money was given to them by chance as part of the experiment. Researchers discovered those from richer background were less likely to give away the money they’d earned themselves, while poorer people didn’t mind whether they gave away money they earned or that they’d been given.

Still, researchers said it didn’t necessarily make the poorer people more empathetic, noting they could have given more to increase their social status amongst others within the group. Furthermore, the rich were less likely to contribute their earned money because they wanted more control over it.

The study also found that while poorer people are less likely to give to charities than people with more money, they do give a bigger portion of their income when they do donate. People with lower incomes give between four and five per cent of the money they earn, while the rich give away between three and four per cent.

The latest research comes just months after Chief Executive of Australia’s Salvation Army Stores Matt Davis said Australia’s charity efforts were “shameful”. He said many charity stores across the country had noticed an alarming dip in donations and that something needs to be done to curb the 15 per cent drop in donations the Salvos have seen.

“Over the past 18 months we’ve really begun noticing a drop in donations,” he told Newscorp. “We think the timing of Facebook Marketplace, Buy and Sell pages on the social media platform and sites like Gumtree have contributed to the drop.”

Meanwhile, the latest stats from Philanthropy Australia state 14.9 million Australians donated to charities and non-profit organisations in the 2015-2016 period, to the tune of $12.5 billion. The figures explain that while Australians are giving less than they were a decade ago, those that are donating are giving more. The median donation in Australia per year is $200.

What do you think? Do you donate to charities? Do you think people from lower incomes are more likely to be charitable?