‘It was a good comfort’: Medium reveals late husband’s signs from beyond the grave 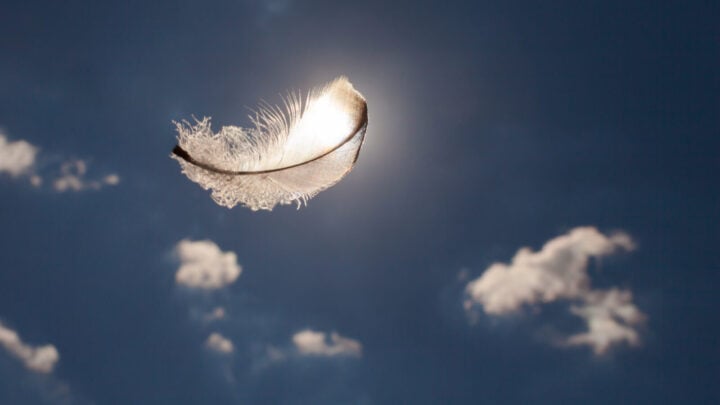 Amanda De Warren has made a living out of communicating with dearly departed souls, offering potential comfort and closure to thousands of clients – something she says she considers a gift and a blessing.

The Brisbane-based psychic says she was just six years old when she realised she could see and communicate with those who had passed over. “It wasn’t long after I realised I could communicate with animals that I communicated with a person,” Amanda, who also works as a pet psychic tells Starts at 60.

And while she regularly carries out readings, both in person and over the telephone, Amanda says that she often feels her own loved ones around her and speaks to her late grandfather – who she says was also psychic – regularly. “It does run in the family,” she says. “My mother’s father, Walter, we still very much connect, and he’s been gone for nearly 50 years, we’re very close still.”

But it’s the ability to and communicate with her late husband, Mick, that is perhaps the greatest comfort to Amanda.

Mick, a truck driver, tragically died eight years ago after falling asleep behind the wheel and plummeting 100m down an embankment – however just two months later, Amanda says he sent her the first ‘sign’ that he was still with her. And his presence has not left her since.

“When my husband died, it was very hard for me,” she says. “[So] I said ‘Righto big fella, you give me a sign right now’.

“So this electrical truck pulled in front of me, his name was Mick and this van was ‘Mick’s Electrical’. I had to pull over, I was laughing that hard.”

It’s not just signs that Amanda has seen either, as she claims to have also seen Mick in her bedroom at home on the Sunshine Coast, as well as feeling him climb into bed alongside her at night.

“I would always hear the diesel ute when he finished. And I actually woke up one night in my new house and heard the diesel truck pull up,” she says. “I heard the door close. I heard him come up the stairs. He put his green bag down and he stood in front of me and he goes ‘I’m tired, I need to lay down and have a sleep’.

“I could feel him get into bed with me. I knew he was there … it was a good comfort.”

Asked if there are signs we should all be looking out for, Amanda recommends paying attention to small things like birds and butterflies. “A lot of people get signs but a lot of people go, ‘Oh is that really a sign?’. Yes it is … birds, little butterflies, things like that, they’re always signs. [They’re just] not acknowledging the signs.”

Some signs are more obvious though, Amanda says, as she recalls one client who got a “big slap in the face” from her father after she asked for a sign that he was still around. “She’d been thinking about [doing a reading] for a while … she walked into a hairdresser [and] of all the magazines that were sitting on the table, she chose this one specific magazine, flipped it open and there I was.”

However Amanda claims that while our loved ones only are watching over us, they never invade our private moments. “They never did that when they were living, they have rules and regulations,” she explains. “So they never, ever will barge in when we’re having a shower or something like that.”

Have you ever visited a medium?