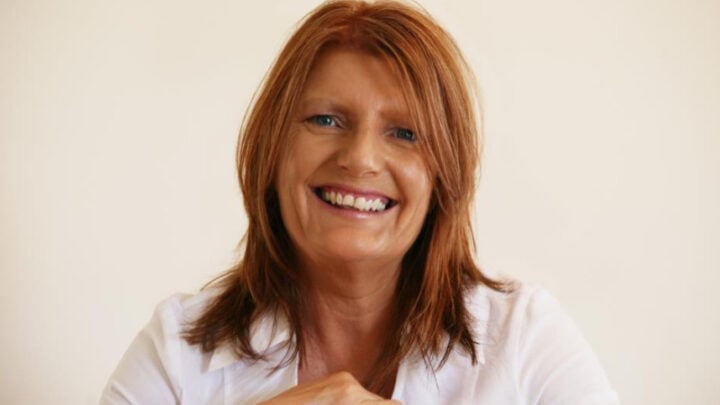 As well as being able to communicate with animals, Amanda is also a medium. Source: Supplied.

Amanda De Warren says she was just five years old when she realised she could communicate with animals. From uncovering extra-marital affairs and secret bank accounts to helping people come to terms with the loss of a beloved pet, Amanda claims there’s no limit to what animals can share with her – or what type of animals she is able to connect with.

Amanda, who lives in Queensland, says it all started when she helped to locate one of her uncle’s missing dogs on the family farm in Sussex, England, after sensing that it had become trapped between two hay bales on the other side of the property.

“‘You’ve got a gift. Every time you wander somewhere the cows and the sheep follow,’ my uncle said to me. He said I was like the Pied Piper with the rats,” Amanda laughs during an exclusive interview with Starts at 60.

In the decades since animal-lover Amanda has continued to hone her skills, which she says allow her to communicate with animals both living and dead. “The way they communicate is almost the same, but there’s a slightly different energy,” she says.

Amanda carries out readings in person and over the telephone with people who wish to communicate with their pets, and admits sometimes the results can be entirely unexpected. Amanda tells us that one feline companion exposed its owner’s secret bank account to their partner, while another client sought out Amanda’s services after growing suspicious that her husband was having an affair.

“The lady did a reading and the dogs came through and said ‘Who is that lady [in the red jacket], Dad goes through to the bedroom with her?'” Amanda reveals. “She worked long hours on Thursdays in the city, so she rang her husband one morning and said ‘I’m going to be really late again today’ but she had actually not gone to the office.

“She waited across the road and saw this woman in the red jacket come into the house. She gave them half an hour then she unlocked the door, walked in and saw the red jacket draped over the table and busted them. She had suspicions but the dogs validated it.”

And while we might like to think that our pets love us unconditionally, it seems that might not always be the case. “If animals aren’t happy about something, they will tell you,” Amanda adds. In fact, one woman’s dogs were so annoyed at her smoking habit they channelled their disapproval through Amanda – and she gave up smoking the very same day, Amanda claims.

As well as speaking to Starts at 60, Amanda also did a reading with community blogger Sue Leighton, who admits she was skeptical prior to the phone call but found the experience intriguing after Amanda was able to offer up some very specific information relating to some of her former pets – as well as her living cat Penguin.

“She started our conversation by saying ‘Your Dad died some time ago. He is a lovely man … but there are all these animals wanting to talk to you’,” Sue says. The first animal to come through was a Labrador. “She misses you and says she hadn’t seen you for a long time,” Amanda told Sue. “My ex-husband took Misty with him when we parted,” Sue says.

“Then she said ‘You had a smaller dog. He was murdered’,” Sue adds. “My husband chose to euthanise him because he was unwell, but he didn’t discuss his intentions with me.”

Now Amanda wants to use her talents to help people to understand their pets and is currently in the process of writing a book, scheduled to be released later this year, which includes more than 3,500 example from animals Amanda has connected with. “Why are they acting weirdly? How do they feel after they’ve passed over and we bring another pet in? What happens when one passes over and the other one is left here? These are all the questions that I’ve asked the animals,” Amanda says.

“This is all about the animals, that’s why I am going out there now to be the global voice of animals,” she adds. “The animals are excited about it too!”

You can find out more about Amanda’s work on her website.

Have you ever visited a medium or psychic?