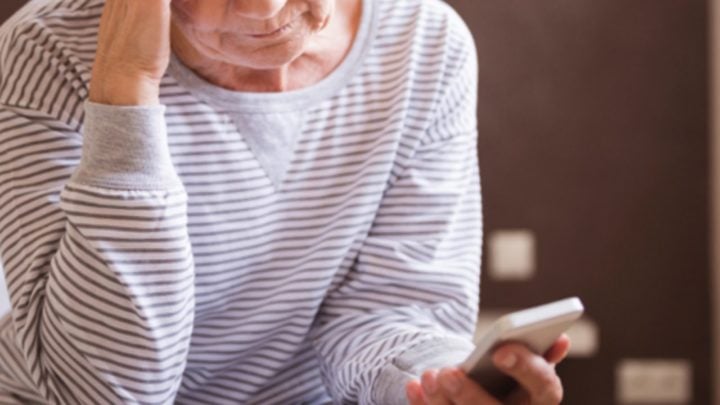 Losing a child or close family member is possibly the most heartbreaking thing any parent or grandparent will ever go through. But what happens when that family member has actually chosen to cut all ties with you?

Families right across Australia are suffering from estrangement, whether it’s losing touch with siblings, adult children, grandkids, or another close relative.

In fact, writing in her 2016 book Family Estrangement, social worker and Australian author Kylie Agllias said as many as one in 12 families have been impacted, with around one in 25 Australians reporting an issue between them and family members.

According to Agllias, one of the most common reasons for estrangement is family disagreement that can’t be resolved (such as battles over inheritance, divorce or choice of partner).

Other experts have cited a number of similar themes triggering a loss of contact between family members. They can range from a difficult relationship with a child’s partner, a tumultuous childhood, resentment over a past separation, differences in parenting style and – for grandparents – their own grandparenting style conflicting with the child-rearing principles of the parents.

Elisabeth Shaw, the CEO of Relationships Australia NSW, told Starts at 60 that most estrangement cases come about due to “major values or life clashes, such as a young person coming out as gay, someone leaving their religion or marriage, undertaking unacceptable behaviours in the family’s terms, such as drug choices, dropping out of uni, leaving home, etcetera.”

Agllias has continued her research into the growing phenomenon since publishing her book, and conducted a study in 2017 that looked at the experiences of 25 adult children who initiated or maintained estrangement from their parents.

In it, she claimed many of them chose to cut contact “to provide relief and space to heal from a difficult relationship”, among other reasons. In any case, she stated that many of them missed having the support of a family unit – but the majority of them didn’t miss their own family specifically, and actually made efforts to continue the estrangement.

Several Starts at 60 readers are sadly going through similar heartbreak, with one commenting: “I am estranged from my youngest son, am not permitted to see his children, he says he doesn’t know me! He draws me in now and again to hurt me again, very cruel.”

Another admitted she has barely spoken to her son since Christmas in 2010, despite constant attempts to mend the unexplained rift between them.

A very common theme among many parents and grandparents in this situation is confusion over why the child has estranged themselves in the first place. While they may insist they’ve explained their reasons to their parents, the parents themselves may not understand – and some even claim they’ve never been told.

That confusion is painfully apparent in a 2015 British study, named Hidden Voices: Family Estrangement in Adulthood, which found that 67 per cent of adult children who were estranged from their parents claimed they had “concretely” told them their reasons. However, more than 60 per cent of parents contradicted this and said they were never told why.

Read more: The parent-child divorce: Why your adult kids may estrange themselves

That’s the case for Elizabeth Vagnoni who runs internet forum and website Estranged Stories, inviting people from across the world to share their stories and seek advice on how to mend broken relationships.

She has previously spoken out about her two adult sons estranging themselves from her, and said she could never understand their reasons – even when they tried to explain them to her. As a result, she began researching estrangement extensively.

“The truth is, saying you love them and miss them is not enough” Vagnoni said, in a first-person piece for Next Avenue. “There is much more to say, but you need a conversation – you need actual interaction, not just silence.”

Starts at 60 is working on a series of stories on the widespread issue of family estrangement and we want to hear from you, our readers. Have you been, or are you going through, an issue like this yourself? Contact our editorial team at [email protected]

Are you estranged from a child or grandchild? Do you know why it happened?