Daily Joke: A woman and a baby went to the doctor 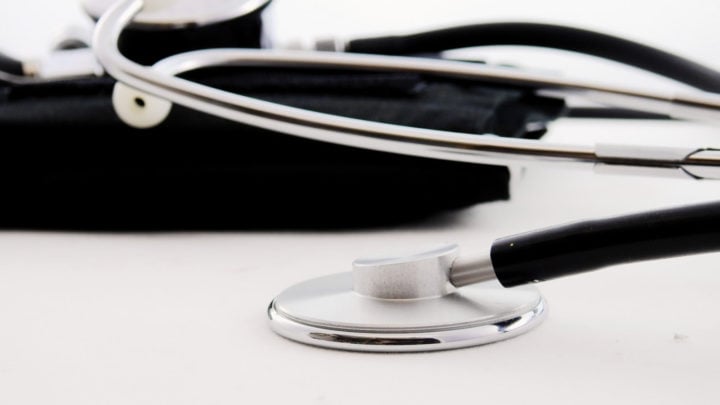 The doctor asked to examine the baby. Source: Pexels.

A woman and a baby were in the doctor’s office, waiting for the doctor to come in and do the baby’s first exam. The doctor examined the baby, checked his weight and, seeming a little concerned, asked if the baby was breast-fed or bottle-fed.

“Strip down to your waist,” he said. She did. He pinched her, then pressed and kneaded for awhile in a detailed examination. Motioning her to get dressed, he said: “No wonder this baby is underweight, you don’t have any milk.”

Daily Joke: A young couple were having marriage problems

A young couple who were having considerable marital difficulties were persuaded by their friends to see a marriage counsellor.

“Don’t you two have anything in common?” he asked them.

“Oh yes,” said the wife. “We do agree on one thing: neither of us can stand the other.”

Daily Joke: Really important things my grandkids have taught me

1. It’s more fun to colour outside the lines.

2. If you’re going draw on the wall, do it behind the couch.

3. Ask why until you understand.

5. Even if you’ve been fishing for three hours and haven’t gotten anything except a sunburn, you’re still better off than the worm.

6. Make up the rules as you go along.

7. It doesn’t matter who started it.

9. If the horse you’re drawing looks more like a dog, make it a dog.

10. Save a place in line for your friends.

11. Sometimes you have to take the test before you’ve finished studying.

12. If you want a kitten, start out asking for a horse.

14. Just keep banging until someone opens the door.

16. There is no good reason why clothes have to match.

17. Even Popeye didn’t eat his spinach until he absolutely had to.

18. If your dog doesn’t like someone, you probably shouldn’t either.

21. You work so hard pedalling up the hill that you hate to brake on the way down.

23. You can’t ask to start over just because you’re losing the game.

24. Chasing the cat is more fun than catching it.

25. Make your grandparents proud of you.