Starts at 60 Daily Jokes: A sad man walks into a bar 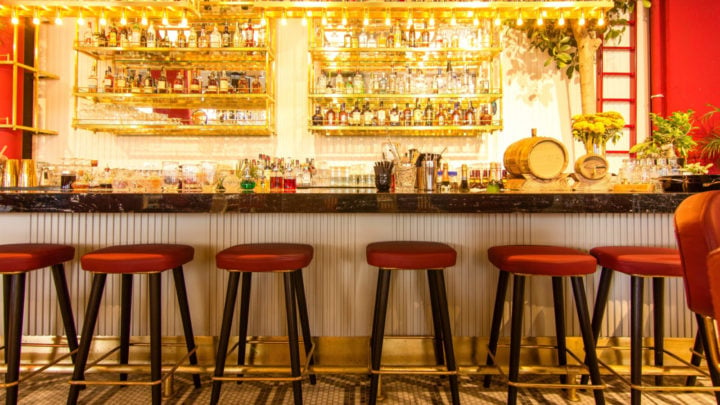 A few months later, the man is back in the bar. The bartender has never seen anybody in this sorry of a state. Source: Pexels.

A man walks into a bar very down on himself. As he walks up to the bar, the bartender asks: “What’s the matter?”

The man replies: “Well I’ve got these two horses and well… I can’t tell them apart. I don’t know if I’m mixing up riding times or even feeding them the right foods.”

The bartender, feeling sorry for the guy, tries to think of something he can do. He says: “Why don’t you try shaving the tail of one of the horses?”

The man stops crying and says: “That sounds like a good idea, I think I’ll try it.”

A few months later he comes back to the bar in a worse condition than he was before. “What’s the matter now?” the bartender asks.

The man, in no condition to be in public, answers: “I shaved the tail of one of the horses, but it grew back and I can’t tell them apart again!”

The bartender, now just wanting him to shut up or leave says: “Why don’t you try shaving the mane, maybe that will not grow back.”

The man stops crying, has a few drinks, and leaves. A few months later, the man is back in the bar. The bartender has never seen anybody in this sorry of a state. Without the bartender even asking the man breaks into his problems. He says: “I shaved the mane of one of the horses, and it grew back! I still can’t tell them apart!”

The bartender, now furious at the man’s general stupidity, yells: “For crying out loud, just measure the stupid horses. Perhaps one is slightly taller that the other one!” The man can not believe what the bartender has said and storms out of the bar.

The next day the man comes running back into the bar as if he’s just won the lottery. “It worked, it worked!” he exclaims. “I measured the horses and the black one is two centimetres taller than the white one!”

Starts at 60 Daily Joke: Little Johnny headed back to school after the holidays

Little Johnny had finished his summer holidays and was heading back to school. Two days after he returned, his teacher phoned his mother to tell her that he was misbehaving.

“Wait a minute,” the mother said angrily. “I had Johnny with me for three months and I never called you once when he misbehaved.”

Starts at 60 Daily Joke: A man and his wife were on holiday

When he told the mortician his decision, the mortician asked him: “But sir, why would you spend $5,000 to ship your wife home when she could be buried here in Jerusalem for only $150?”

The man replied: “Long ago a man died here, was buried here, and three days later he rose from the dead. I just can’t take that chance.