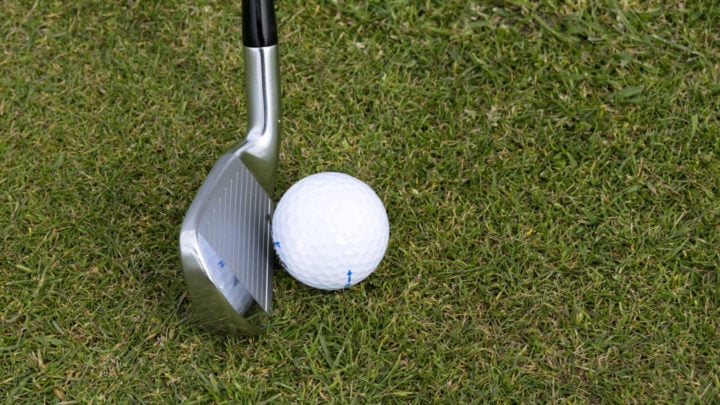 After noticing them a regular golf pro approached them and asked: "How did your game go?" Source: Getty.

After a round of golf, four older ladies sat around the club house chatting. After noticing them, a regular golf pro approached them and asked: “How did your game go?”

The first lady said she had a good round and made the comment that she actually had 25 riders. The pro was a bit perplexed not knowing what a “rider” was.

The second quickly chimed in and said that she had a very good round as well with 16 riders.

The third lady then said that her round was average and that she only had 10 riders.

While the fourth lady admitted that she played the worst round of the day and that she only had 2 riders all day long.

The pro was completely confused not knowing what the term “rider” meant. But, because he didn’t want to look dumb, he made a quick polite remark, wished the ladies well and then left.

He then approached the bartender and asked: “Hey, can you tell me what these ladies are talking about when they refer to ‘riders’?”

The bartender simply smiled and said: “A ‘rider” is when you hit a shot long enough to ride on the golf cart to your ball.”

The salesman was demonstrating unbreakable combs in the department store. He was impressing the people who stopped by to look by putting the comb through all sorts of torture and stress.

Finally, to impress even the skeptics in the crowd, he bent the comb completely in half, and it snapped with a loud crack. Without missing a beat, he bravely held up both halves of the ‘unbreakable’ comb for everyone to see and said: “And this, ladies and gentlemen, is what an unbreakable comb looks like on the inside…”

An 85 year old couple were married almost 60 years before they both died. They had been in good health the last ten years mainly due to her interest in health food, and exercise.

When they reached the pearly gates, St Peter took them to their mansion which was decked out with a beautiful kitchen and master bath suite and spa. As they looked in awe, the old man asked Peter how much all this was going to cost.

Next they went out back to survey the championship golf course that the home backed on to. They would have golfing privileges everyday and each week the course changed to a new one representing the greatest golf courses on Earth.

The old man asked: “What are the green fees?”

Peter’s reply: “This is Heaven, you play for free.”

Next they went to the club house and saw the lavish buffet lunch with the cuisine’s of the world laid out.

“How much to eat?” asked the old man.

“Don’t you understand yet? This is Heaven, it is free!” Peter replied with some exasperation.

“Well, where are the low fat and low cholesterol tables?” the old man asked timidly.

With that, the old man went into a fit of anger, throwing down his hat and stomping on it, and shrieking wildly. Peter and his wife both tried to calm him down, asking him what was wrong.

The old man looked at his wife and said: “This is all your fault. If it weren’t for your blasted bran muffins, I could have been here ten years ago!”