Daily Joke: A party in the woods was interrupted by rain 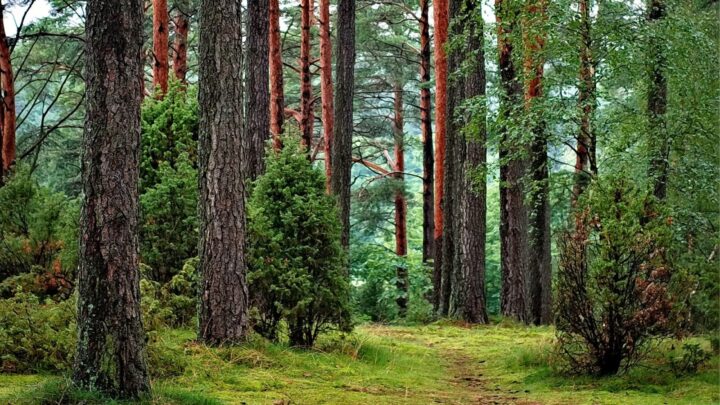 Two young men fled the party in the woods once the storm hit. Source: Pexels.

There was a party in the woods when all of a sudden a storm hit. Two young men ran for about 10 minutes in the pouring rain before finally reaching their car just as the horrible weather let up. They jumped in the car, started it up and headed down the road, laughing and still drinking one beer after the other.

All of a sudden an old man’s face appeared outside the passenger window. He tapped lightly on the window! The man on the passenger side screamed out, “Oh my god! Look at my window! There’s an old guy’s face there! Is that a ghost?!”

The old man kept knocking, so the driver said, “Well, open the window a little and ask him what he wants!”

So the passenger rolled down his window part way and, scared out of his wits, said, “What do you want?”

The old man softly replied, “Do you have any tobacco?”

The passenger, terrified, looked at the driver and said, “He wants tobacco!”

“Well, offer him a cigarette! Hurry!” the driver replied.

After fumbling around with the pack he handed the old man a cigarette before yelling, “Step on it!” and rolling up the window in terror.

Now, hearing the engine roar, the pair calmed down and started laughing again. The passenger said, “What do you think about that?”

The driver said, “I don’t know. How could that be? I was going pretty fast.”

Then, all of a sudden, there was another knock, and the old man appeared again!

“Ah, there he is again!” the passenger yelled.

“Well, see what he wants now!” yelled back the driver.

He rolled down the window a little and shakily said, “Yes?”

“Do you have a light?” the old man quietly asked.

The passenger threw a lighter out the window at him, rolled up the window and yelled, “STEP ON IT!”

They started driving even faster – still guzzling beer – and tried to forget what they had just seen and heard, when all of a sudden there was more knocking!

The passenger rolled down the window and screamed out, “WHAT DO YOU WANT?”

The old man replied, “You want some help getting out of the mud?”