Daily Joke: A woman had a problem with her hotel room 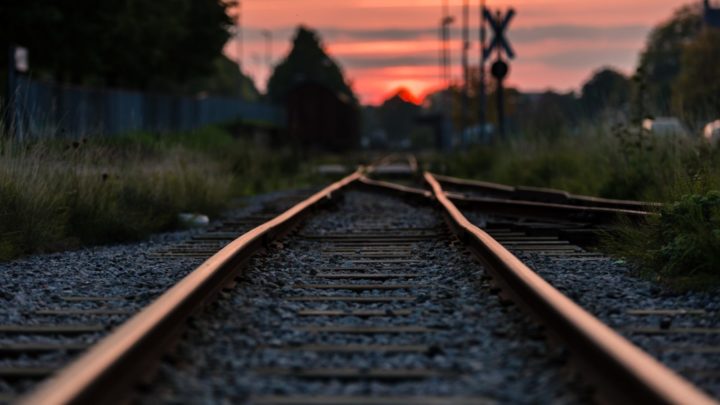 The woman was thrown off her bed by a disruptive train. Source: Pexels.

A man had to attend a large convention in another town. On this particular trip he decided to bring his wife. When they arrived at their hotel and were shown to their room, the man said: “You rest here while I register – I’ll be back within an hour”.

The wife lay down just as an elevated train passed by very close to the window and shook the room so hard she was thrown out of the bed. Thinking this must be a freak occurrence, she lay down once more. Again a train shook the room so violently, she was pitched to the floor.

Exasperated, she called the front desk and asked for the manager. The manager said he’d be right up. The manager (naturally) was sceptical but the wife insisted the story was true.

“Look, lie here on the bed and you’ll be thrown right to the floor!”

So he lay down next to the wife. Just then the husband walked in. “What are you doing here?” he asks.

The manager replied: “Would you believe I’m waiting for a train?”

A doctor was doing his morning rounds

A doctor of psychology was doing his normal morning rounds. He entered a patient’s room to find him sitting on the floor, sawing at a piece of wood with the side of his hand.

Meanwhile, another patient was in the room, hanging from the ceiling by his feet. The doctor asked his patient what he was doing, sitting on the floor.

The patient replied in an irritated fashion: “Can’t you see I’m sawing this piece of wood in half?”

The doctor inquired: “And what is the fellow hanging from the ceiling doing?”

The doctor asks: “If he’s your friend, don’t you think you should get him down from there before he hurts himself?”

A man is sent to prison for the first time

A man is sent to prison for the first time. At night, the lights in the cell block are turned off, and his cellmate goes over to the bars and yells: “Number twelve!”

The new guy asks his cellmate what’s going on. “Well,” says the older prisoner. “We’ve all been in this here prison for so long, we all know the same jokes. So we just yell out the number instead of saying the whole joke.”

So the new guy walks up to the bars and yells: “Number twenty-nine!” This time the whole cell block rocks with the loudest laughter, prisoners rolling on the floor laughing hysterically.

When the guffaws die down, the bewildered new guy turns to the older prisoner and asks: “How come you guys were laughing so hard this time?”

“Oh,” says the older man wiping tears from his eyes. “We’d never heard that one before.”