Daily Joke: A man was caught embezzling millions from his boss 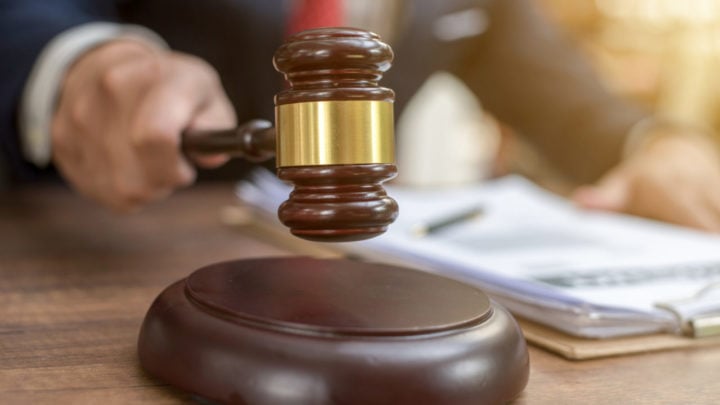 He went to a lawyer seeking defence. Source: Getty.

A man who had been caught embezzling millions from his employer went to a lawyer seeking defence. He didn’t want to go to jail. But his lawyer told him: “Don’t worry. You’ll never have to go to jail with all that money”.

And the lawyer was right. When the man was sent to prison, he didn’t have a dime.

A chap orders a drink

A chap goes in to a bar and orders a vodka and coke. Barman serves him. Man drinks it, orders another. This goes on for a while, until the chap begins to slow down.

The barman asks: “Is there anything the matter, sir?” To which the chap replies: “I had an enormous argument with the wife. She said she won’t speak to me for a month. I have to sleep on the couch.”

The barman then says: “Best bet is to stop drinking, go home and don’t let this argument carry on passed the first night. Nip it in the bud”.

The chap says: “You don’t understand. This is the last night”.

A man goes to see a bank manager

A man goes to see his bank manager one day and says: “I’d like to start a small business. How do I go about it?”

“That’s simple,” replies the bank manager. “All you have to do is buy a big one and wait.”