Daily Joke: An older man moved to a new city 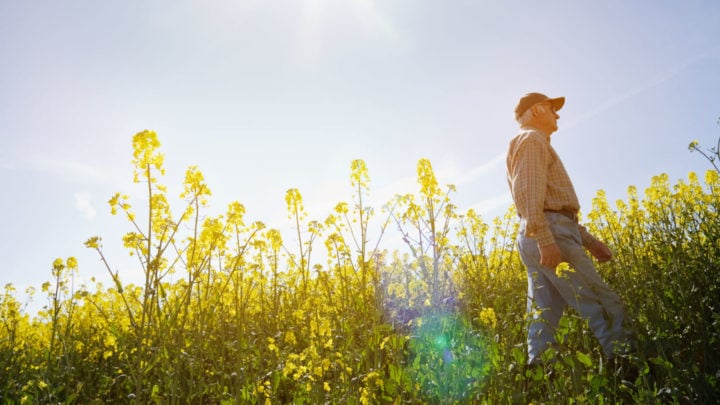 At the urging of his doctor, an older man moved to a new city. Source: Getty.

At the urging of his doctor, an older man moved to a new city which was renowned for having great health benefits.

After settling in, he met a neighbour who was around his age. He asked the neighbour: “Say, is this really a healthy place?”

“It sure is,” the man replied. “When I first arrived here I couldn’t say one word. I had hardly any hair on my head. I didn’t have the strength to walk across a room and I had to be lifted out of bed.”

“That’s wonderful!” said the man. “How long have you been here?”

Four university friends were so confident in their abilities that the weekend before their final exams, they decided to get out of town and party with some friends. After all the partying, they slept all day Sunday and didn’t make it back home until early Monday morning.

Rather than taking the exam then, they decided to find their professor afterwards and explain to him why they missed it.

They explained that they had gone away for the weekend with the plan to come back and study but, unfortunately, they had a flat tyre on the way back, didn’t have a spare and couldn’t get help for a long time. As a result, they missed the exam.

The professor thought it over and then agreed they could do exam the following day. The friends were elated and relieved.

They studied that night and went in the next day at the time the professor had told them. He placed them in separate rooms and handed each of them a test booklet, and told them to begin.

They looked at the first problem, worth five points. It was fairly simple. “Cool,” they all thought at the same time, each one in his separate room. “This is going to be easy.”

Each finished the problem and then turned the page. On the second page was written: “(For 95 points): Which tyre?”

Starts at 60 Daily Joke: A man loses his wife in a shopping centre

A man approached a very beautiful woman in the large supermarket and asked: “You know, I’ve lost my wife here in the supermarket. Can you talk to me for a couple of minutes?”

“Because every time I talk to a a beautiful woman my wife appears out of nowhere.”