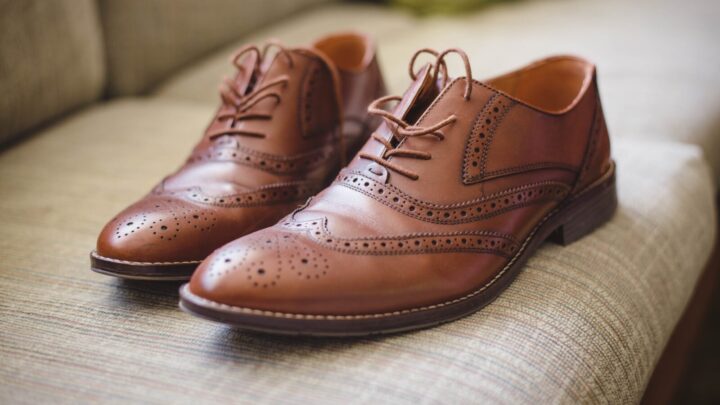 Arnold and his wife were cleaning out the attic one day when he came across a ticket from the local shoe repair shop. The date stamped on the ticket showed that it was over 11 years old. They both laughed and tried to remember which of them might have forgotten to pick up a pair of shoes over a decade ago.

“Do you think the shoes will still be in the shop?” Arnold asked.

“Not very likely,” his wife said.

“It’s worth a try,” Arnold said, pocketing the ticket.

He went downstairs, hopped into the car and drove to the store. With a straight face, he handed the ticket to the man behind the counter. With a face just as straight, the man said: “Just a minute. I’ll have to look for these”. He disappeared into a dark corner at the back of the shop.

Two minutes later, the man called out, “Here they are!”

“No kidding?” Arnold called back. “That’s terrific! Who would have thought they’d still be here after all this time.”

The man came back to the counter, empty-handed. “They’ll be ready Thursday,” he said calmly.

Five men went to the bar to celebrate

Five men go into a bar and one of them says to the bartender: “A round of drinks for me and my friends.”

They get their drinks and the raise their glasses to a toast of, “To 51 days!” and drink.

The first man asks the bartender to set them up again.

Again, they toast to 51 days and drink. After they order a third round, the bartender says that he has to ask what the toast means.

The guy says: “We just finished a jigsaw puzzle. On the box it said, “two to four years” and we finished it in 51 days.”

Couples were at a pre-birth class

At the pre-birth class for couples who’d already had at least one child the instructor raised the question of how to break the news to an older sibling.

One of the women spoke up right away: “Does she cook?”