Intermittent fasting: What does it involve and is it safe? 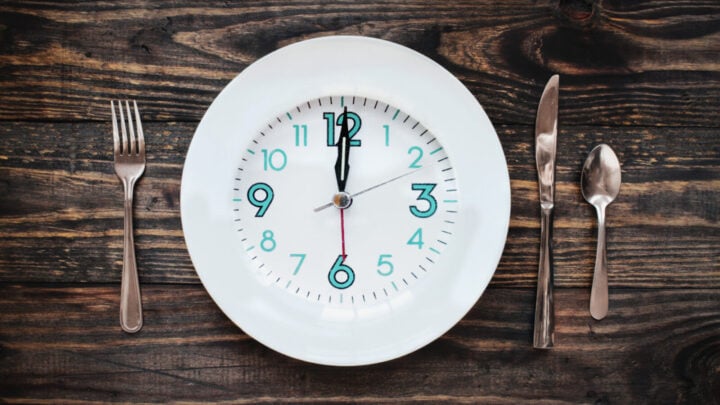 Rapid weight loss diets – including intermittent fasting – are being shown to be safe and more effective (when done properly) than the “slow and steady” weight loss approach. Source: Getty

While fasting normally means going without any food for a period of time, intermittent fasting is a modern, easier approach where you stop eating for a part of each day, or restrict your calorie intake for a few days each week.

There are two main methods the health professionals at The Fast 800 incorporate, which can be utilised together depending on your lifestyle:

What are some of the benefits?

Short-term fasting activates a process within the body called ‘autophagy’ whereby dead, diseased or worn-out cells are broken down, consumed and excreted (autophagy means ‘self -eat’) to make way for the shiny new cells that keep us young.

If following a 5:2 approach, with two fasting days of only 800 calories and the incorporation of a lower-carb Mediterranean-style diet, you can expect:

With a growing body of scientific evidence, rapid weight loss diets – including intermittent fasting – are being shown to be safe and more effective (when done properly) than the “slow and steady” weight loss approach.

An increasing number of studies demonstrates the benefits of intermittent fasting.

In a study carried out in 2013 by Harvie, et al., 115 overweight women, aged between 20 and 69 and with a family history of breast cancer, were randomly allocated into three groups:

Insulin resistance had also improved significantly in the two-day diet groups, which did not happen with those on the standard diet. Those who stuck with the 5:2 diets for six months lost an average of 7.7kg and three inches from their waists. Some lost more than 20kg.

Another study in 2018 by researchers at the University of Surrey examined the impact of the 5:2 diet on the body’s ability to metabolise and clear fat and glucose after a meal.

Those on the 5:2 achieved 5 per cent weight loss in 59 days, compared with 73 days for those on a calorie restriction diet. Results also showed that:

How do I know if intermittent fasting is right for me?

There is really no definitive answer to this question, as it depends on your goals and health history. Overall, intermittent fasting is a great method for people wanting to lose weight, or reduce their blood sugars and improve their metabolic health. However, for people with certain medical conditions, such as Type 1 diabetes or recent cardiac events, those who are underweight or on certain medications, fasting may not be suitable. Check with your usual GP for advice before starting any new diet regime.

Generally speaking, what are the types of things I should eat?

Ultimately, it comes down to balance of protein, fibre and healthy fats, which is essentially the Mediterranean Diet. The good news is, whether you incorporate intermittent fasting or not, a low-carb Mediterranean Diet has unique power not just to restore your body’s ability to reach its ideal weight and stay there, but also to cut your risk of serious disease. It doesn’t come from a place of restriction, instead it’s about eating more of the right foods. Not only will these foods keep you feeling full, they offer important nutrients and health benefits, and taste delicious.

Consult your usual healthcare professional before making any significant changes to your diet or exercise regime.

Have you tried intermittent fasting? How did you find it?