The key supplements all over-60s should know about 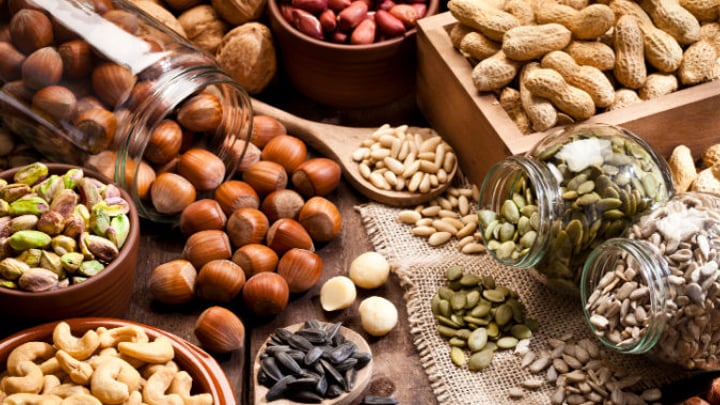 Scientists have looked into the claims about many of the most-hyped supplements on the consumer market.

The promise of an easy way to protect your health makes supplements very tempting, but with so many on the market, it can be difficult to know which ones are appropriate for you.

Luckily, there’s plenty of scientific research into which supplements appear to support the mind and body, particularly as you age, for a healthier and happier retirement.

What works for memory and mood?

Curcumin, the active ingredient in turmeric, has quickly acquired a reputation in the western world as a miracle product, with turmeric lattes taking coffee shops by storm. There may, however, be substance to the big claims made of the supplement, with curcumin having been linked to improved memory and attention skills in older adults.

Research published in 2018 in the American Journal of Geriatric Psychiatry analysed the impact a particular curcumin supplement had on the memory performance of 40 people aged between 51-84 and while researchers weren’t able to determine how the curcumin worked on the people being studied, they did show it had a big impact on participants’ cognitive skills.

Participants who took a 90mg, twice-daily curcumin supplement as part of the 18- month study saw improvement in their visual and verbal memory capabilities and attention, compared with those who took a placebo.

Researchers from the University of Gothenburg in Sweden found that older women with low bone mineral density who took probiotics -– dietary supplements that promote healthy bacteria – experienced significantly reduced bone loss compared with women in the same study who took a placebo.

In the world-first 2018 study, researchers found supplementation with a particular probiotic strain (L. reuteri 6475) could help prevent age-related bone loss, particularly in those already diagnosed with brittle bones, weak bones and osteoporosis. And while many supplements and medications have side effects, researchers found the probiotics containing Lactobacillus reuteri 6475 bacteria produced no more side effects in participants of the year-long trial than a placebo.

We all have a detoxification compound in our bodies called glutathione that helps us ward off the damage done by toxins encountered in daily life. Our glutathione levels naturally decline with age, however, and that decreasing ability to protect ourselves from toxins has been linked with the age-related development of serious health conditions including cardiovascular disease, diabetes and cancer.

But scientists at Oregon State University in the US found that increasing levels of another compound called N-acetylcysteine (NAC) could boost the levels of glutathione in the body, thus enabling our bodies to retain their ‘detoxification’ abilities for longer.

NAC is already used to treat paracetamol overdose, as well as chronic bronchitis, chronic pulmonary disease, hay fever and other lung conditions, but researchers now suggest that if given in lower doses, it could help maintain glutathione levels, better protecting the body from age-related health issues.

This research was done in rat cells, however, so more research will need to be carried out on humans to see if this in fact the case – watch this space!

Can we make our blood vessels ‘younger’?

A study published in Hypertension journal in 2018 found that taking 20mg a day of MitoQ, a refined, mitochondrial-targeted version of the natural antioxidant coenzyme Q10, caused the blood vessels of the 60-79-year-olds participating in the study to improve dilation by 42 per cent. In layman’s terms, the researchers suggest this dilation made the participants’ arteries equivalent to those of people aged between 15 to 20 years younger.

CoQ10 is found in every cell in your body, which uses it to produce energy that feeds cell growth and maintenance.

There’s evidence omega-3 can promote healthy ageing of the brain, including that published in 2017 by researchers at the University of Illinois in the US, who analysed the impact polyunsaturated fatty acids in the blood had on brain structure and cognitive ability.

Rather than people getting all their omega-3s from a single source of food, such as fish, researchers studied the effects of a diet that included a wide range of omega-3-rich foods, such as nuts, seeds and oils. They found a strong correlation between higher blood levels of three particular types of omega-3 fatty acids in combination – ALA, stearidonic acid and eicosatrienoic acid – and improved problem-solving skills.

The research supports the approach of considering the health benefits of groups of nutrients rather than focusing on one at a time.

What supplements have you been recommended by health professionals to support your diet? What have you found to be most effective for you?