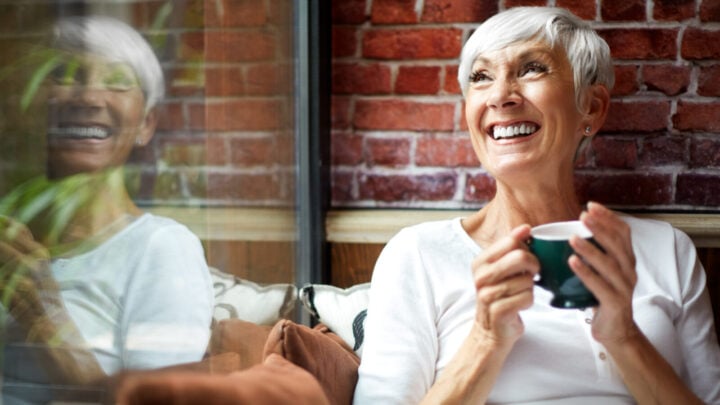 Take comfort in the knowledge that your cuppa has some great health benefits. Source: Getty

A warm cup of tea or coffee is a small pleasure many of us partake in each day, but now tea and coffee drinkers can take solace in the fact that their comfort drink could potentially help prevent severe health conditions.

New research from the study Coffee and tea drinking may be associated with reduced rates of stroke and dementia found that people who drink a combination of tea and coffee showed a low-risk rate for strokes and a reduced rate of developing dementia.

The study, conducted by Yuan Zhang and fellow researchers from Tianjin Medical University, involved 365,682 participants aged between 50-74, recruited from 2006-2010 and followed until 2020. Throughout the study, 5,079 people developed dementia and 10,053 suffered a stroke.

“Our findings suggested that moderate consumption of coffee and tea separately or in combination were associated with lower risk of stroke and dementia.”

The research stated that coffee alone lowered a person’s risk of post-stroke dementia, a condition that affects cognitive function in one in three stroke survivors.

“These findings may be of interest to clinicians involved in the prevention and treatment of stroke, dementia, and post-stroke dementia.”

In 2020, 27,428 Australians suffered a stroke for the first time, and without adequate education and proper support for healthcare services, this number is expected to blow out to 50,600 by 2050.

Stroke is among Australia’s biggest killers and according to the Australian Institute of Health and Welfare, occurs when a blood vessel supplying blood to the brain suddenly becomes blocked which is known as an ischaemic stroke or when there is a rupture and bleeding occurs, known as a haemorrhagic stroke.

Following a stroke, functions such as communication and movement can become impaired. Some of the risk factors that can contribute to a stroke include high blood pressure, diabetes, heart disease, and smoking.

Older age is also a considerable risk factor with those aged over 65 accounting for 2 in 3 (71 per cent) of those who suffered from a stroke.

Symptoms of dementia vary among those living with the condition but can include memory loss, difficulty with speech, changes in mood and personality, confusion regarding time and place, and poor judgement.