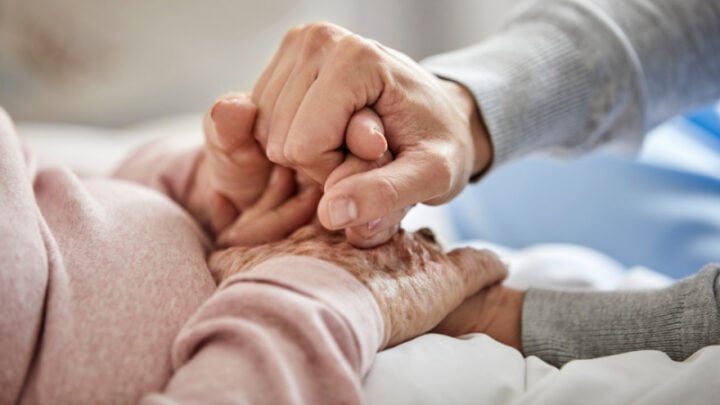 There are often prevailing misconceptions regarding dementia, some of which include that it is simply a condition that causes memory loss or that it only develops in older age.

In actual fact, dementia is an all encompassing term for several symptoms caused by disorders affecting the brain with no two people living with dementia experiencing it in the same way.

Symptoms of dementia vary among those living with the condition but can include memory loss, difficulty with speech, changes in mood and personality, confusion regarding time and place, and poor judgement. These symptoms can often be subtle and it may not be immediately apparent that they are caused by dementia, which can further exacerbate misconceptions about the condition.

Given that so many people are already living with dementia and many more are expected to in the coming years it is of the utmost importance that misconceptions around dementia be addressed.

By stamping out such misconceptions, Dementia Australia CEO Maree McCabe AM believes that “we will eliminate discrimination and its impacts” which is the major aim of this year’s Dementia Action Week (September 19-25).

The theme of this year’s Dementia Action Week is “a little support makes a big difference”, and with recent findings pointing to discrimination having a significant impact on those living with dementia, their families, and carers, this year communities are being encouraged “to come together and learn more about how they can support people living with dementia”.

In a 2021 Dementia Australia survey, 65 per cent of those surveyed who live with dementia held the belief that discrimination is common.

“Discriminatory behaviour is often unintended and comes from a lack of understanding about dementia and its impact on people,” McCabe said.

“The impacts of discrimination can be significant and wide-ranging. Australian and international studies show that stigma and discrimination associated with a dementia diagnosis can discourage people from seeking health care, including a diagnosis, and reduce social engagement with family, friends and the broader community.

“This can have serious consequences for the physical, cognitive and psychosocial health of the person living with dementia.”

As McCabe stresses, “more awareness about dementia can make a positive difference to the lives of people who are impacted by this condition and help eliminate discrimination”.

In light of this statement, Starts at 60 spoke further with Dementia Australia CEO Maree McCabe AM as part of Dementia Action Week in order to gain a greater understanding of dementia and stamp out some misconceptions about the condition.

What are some of the early warning signs and symptoms to be vigilant of?

The most common symptoms of dementia can be subtle, presenting a challenge to those affected by the condition in recognising the early warning signs.

Adding further fuel to the fire is the fact that conditions such as depression, infections, and vitamin and hormone deficiencies can also produce similar symptoms to those associated with dementia.

Therefore it is of vital importance to not only be aware of the early warning signs and symptoms but also to consult a doctor if these symptoms present themselves. As McCabe highlights, “early diagnosis means people with dementia can access vital support and resources sooner, to help support a better quality of life and to plan for the future”.

Some common symptoms of dementia can include:

There is a commonly held belief that the onset of dementia is just something that comes with age and that only those in the later stages of life will be impacted by the condition. Although the risk of developing dementia does increase with age, dementia can impact anybody at any age.

According to Dementia Australia, the risk of developing dementia “depends on a combination of age, genes, health and lifestyle”.

Although its rare, family history can contribute to an increased risk of developing dementia and although little can be done to mitigate this when it comes to risk factors associated with health and lifestyle much can be done to impact one’s risk for better or worse.

“Your risk of developing dementia may increase as a result of health conditions that affect the heart or blood vessels, particularly when these conditions occur at mid-life,” McCabe explains.

“These can include high blood pressure or cholesterol, type 2 diabetes and obesity.”

Despite these health conditions presenting an increased risk, McCabe points out that “your risk of developing dementia may decrease if you look after your physical fitness and health”.

How to reduce the risk of developing dementia.

As McCabe stresses, “it’s never too early or too late to start” when it comes to taking measures to prevent the onset of dementia.

Although factors such as age and family history cannot be altered, certain lifestyle and health habits can be changed which research suggests can “make a big difference to reducing or delaying your risk of developing dementia”.

“Being brain healthy is relevant at any age, whether you are young, old or in between. However, it is particularly important once you reach middle age as this is when changes start to occur in the brain,” McCabe said.

“At this point, there is nothing definitive you can do to prevent dementia, however, there are many things you can do to help reduce your risk of developing dementia.

“These include looking after your brain health, body health and heart health.

McCabe also spoke of the importance of taking care of one’s physical health and the positive impact of physical activity on the brain.

“Physical activity increases blood flow to the brain, stimulates the growth of brain cells and the connections between them, and is associated with larger brain volume,” McCabe explained.

Although there is no known cure for dementia, there are a number of treatment options and pharmacological therapies available that can help manage symptoms and support a better quality of life.

For those who have developed dementia, there are “a number of drugs that are currently available in Australia for use”.

Medications such as Cholinesterase Inhibitors and Memantine “can improve memory” by “changing the level of certain brain chemicals”, according to Health Direct.

However, McCabe stresses that “people impacted by dementia should ask their doctor before being prescribed any of these drugs”.

“A specialist, such as neurologist, psychogeriatrician, geriatrician or psychiatrist, will usually be involved.”

Alongside the current treatment options is a plethora of research into dementia with new findings occurring regularly into not only how best to treat dementia but also ways in which it can be prevented.

A world-first study from the University of South Australia recently discovered a direct link between Vitamin D deficiency and dementia.

The Vitamin D and brain health: an observational and Mendelian randomization study published in The American Journal of Clinical Nutrition analysed data from 294,514 participants from the UK Biobank, examining the impact of low levels of vitamin D (25 nmol/L) and the risk of dementia and stroke.

The genetic study, supported by the National Health and Medical Research Council, found that low levels of vitamin D were associated with an increased risk of both dementia and stroke and that in some populations, as much as 17 per cent of dementia cases could be prevented by increasing everyone to normal levels of vitamin D (50 nmol/L).

“Vitamin D is a hormone precursor that is increasingly recognised for widespread effects, including on brain health, but until now it has been very difficult to examine what would happen if we were able to prevent vitamin D deficiency,” Hyppönen said.

“Our study is the first to examine the effect of very low levels of vitamin D on the risks of dementia and stroke, using robust genetic analyses among a large population.

“In some contexts, where vitamin D deficiency is relatively common, our findings have important implications for dementia risks. Indeed, in this UK population we observed that up to 17 per cent of dementia cases might have been avoided by boosting vitamin D levels to be within a normal range.”

Breakthrough genetic research from @UniversitySA‘s Prof Elina Hypponen at @ACPreH1 shows a direct link between dementia and a lack of vitamin D.https://t.co/S9MbYSAywB

When it comes to preventing the onset of dementia a recent study from Johns Hopkins University in Maryland found that those with a genetic risk of dementia can reduce their risk of developing the condition with seven simple lifestyle changes.

As part of the Genetic Risk, Midlife Life’s Simple 7, and Incident Dementia in the Atherosclerosis Risk in Communities Study, researchers collected data from more than 11,000 people, with an average age of 54, in the US between 1987 to 2019. The participants were followed by researchers for 26 years.

“The good news is that even for people who are at the highest genetic risk, living by this same healthier lifestyle are likely to have a lower risk of dementia,” Tin said.

“These healthy habits in the Life’s Simple 7 have been linked to a lower risk of dementia overall, but it is uncertain whether the same applies to people with a high genetic risk.

“Larger sample sizes from diverse populations are needed to get more reliable estimates of the effects of these modifiable health factors on dementia risk within different genetic risk groups and ancestral backgrounds.”

Although advances are being made in the medical realm to treat and possibly one day even cure dementia, for those living with the condition today and the loved ones supporting them the challenges can often be overwhelming. Not only do those diagnosed with dementia need to navigate the challenges of their condition day to day but as mentioned earlier they are also met with the devastating impact of discrimination from those who do not have a clear understanding of the condition.

Despite these challenges, McCabe points out that “no matter who you are or how you have been impacted by dementia” help is available.

“In addition to sharing information and advice, the team can also provide emotional support and guidance, connect you to Dementia Australia and community support services and programs and discuss government support.”