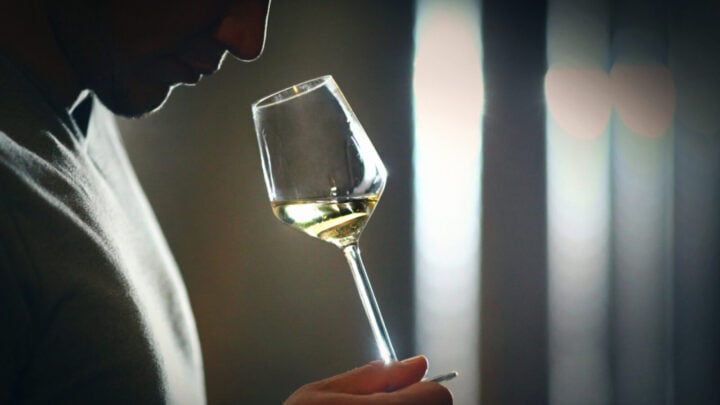 A poor sense of smell is an early symptom of both Parkinson's and Alzheimer's disease. Source: Getty

British researchers have developed a smell test that could help diagnose Parkinson’s and Alzheimer’s disease early, offering those living with the debilitating conditions the opportunity to get on top of treatment plans before symptoms worsen.

While smell tests are nothing new, they’re not widely available, are expensive and take too long to administer in routine healthcare settings. So to address this problem, researchers from Queen Mary University of London set out to develop an affordable and easy-to-access smell-testing kit. The smell-testing kit in question is consists of capsules of aromatic oils and two strips of single-sided tape.

To take the smell test, the capsules are simply crushed between the fingers and the tape strip peeled to release the aroma contained within the capsules.

The doctor administering the test will provide a score based on a person’s ability to recognise these smells. The score will then determine whether the patient is experiencing a loss of smell, which could point to something more concerning like Parkinson’s or Alzheimer’s. It’s quite common for people who develop either one of the diseases to experience loss of smell years before they are formally diagnosed and other more obvious symptoms surface.

The new smell-testing kits were tested on Parkinson’s patients in a study published in the Journal of the Royal Society Interface. The study showed that, in a small group of eight patients with the disease, the smells from the test were detectable. The participants also cited the relative ease process of rupturing the capsules, particularly for those with tremors, compared to the standard scratch and sniff smell test available on the market.

Lead researcher Dr Ahmed Ismail said the new testing kits are a step in the right direction when it came to diagnosing certain diseases.

“Our capsule-based smell test can assist in the rapid diagnostic of various diseases linked to the loss of smell. These include chronic neurological conditions such as Parkinson’s and Alzheimer’s disease, as well as Covid-19, which is known to affect the sense of smell,” he said.

“Being non-invasive and less stressful, the capsule-based smell test has benefits over the nose swab in diagnosing Covid-19. This is an advantage for testing children in particular, as they are typically horrified if they need to do a nose swab, and the test can be done in the comfort of their own home.”

He went on to say that the current smell tests on the market aren’t as accurate.

“Most of the smell tests on the market depend on using paperboard items treated with a fragrant coating called scratch and sniff, in which you need to scratch a card to release the odour. The problem with this approach is that the amount of odour released depends on the extent to which the individual scratches, something that might affect the outcome of the test.

“Our capsule-based smell test doesn’t have this problem because the amount of odour released is controlled by the amount of oil precisely encapsulated. The mass-production of our new test would also be cheaper than a scratch and sniff test.”

What are your thoughts on this new development?