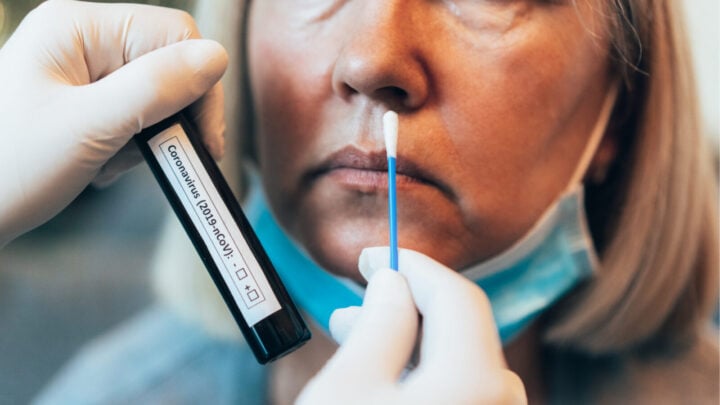 As much of the world continues to battle against the spread of coronavirus, little is still known about the long-lasting impacts the virus may have on the body. However new research has shone a light on a worrying potential outcome of the pandemic, warning it could lead to far more serious conditions.

Researchers in Melbourne have warned that a “silent wave” of neurological conditions, such as Parkinson’s disease, may directly follow the pandemic – and it’s happened before. In the five years directly after the Spanish flu pandemic in the early 1900s, the instances of Parkinson’s disease increased up to three times.

“As we’ve been hearing time and time again, the coronavirus does not discriminate – and neither does Parkinson’s,” Professor Kevin Barnham, from the Florey Institute of Neuroscience & Mental Health, said.

“We can take insight from the neurological consequences that followed the Spanish Flu pandemic in 1918 where the risk of developing Parkinson’s disease increased two to three-fold. Given that the world’s population has been hit again by a viral pandemic, it is very worrying indeed to consider the potential global increase of neurological diseases that could unfold down track.”

The study published in the Journal of Parkinson’s Disease this week explained that viruses such as Covid-19 cause inflammation which is a known cause of Parkinson’s. “Once the inflammation gets into the brain, it starts a cascade of events which can ultimately lead to Parkinson’s disease,” Barnham said.

“Let me put it this way, I don’t want to catch this virus. I am doing everything I can to avoid catching it.”

Despite the study, medical experts said it is still too early to predict how many people who have contracted Covid-19 may go on to develop Parkinson’s.

The researchers explained that, in people infected with Covid-19, neurological symptoms have varied, ranging from severe (such as a lack of oxygen to the brain), to more common symptoms such as a loss of smell or taste.

“We found that loss of smell or reduced smell was on average reported in three out of four people infected with the SARS-CoV-2 virus,” Florey researcher Leah Beauchamp said.

“While on the surface this symptom can appear as little cause for concern, it actually tells us a lot about what’s happening on the inside and that is that there’s acute inflammation in the olfactory system responsible for smell.”

Do you know anyone who has tested positive for Covid-19?