Being overweight: Is it all that bad? 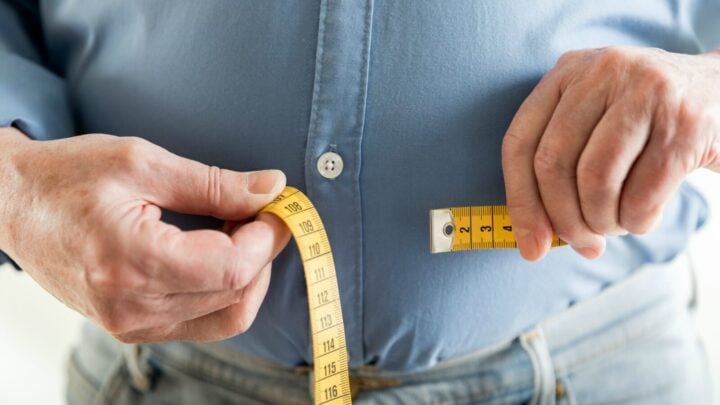 A number of studies over the past decade have suggested better mortality rates in people over the age of 50 carrying a bit of extra weight. For most of us in the health industry and the general public, this appears counter-intuitive.

Let’s examine some of the evidence. There have been a variety of studies, mainly meta-analysis, which have suggested an inverse link between body weight and health. In fact, 40 cohort studies of just over 250,000 participants demonstrated a 13 per cent reduction in all-cause death and a 12 per cent reduction in cardiovascular death in overweight patients.

If your body mass index (BMI) is between 25-30, it falls within the overweight range. There were no differences in the death rates between normal weight people (BMI between 20-25) and obese people (BMI between 30-35). However, in this particular study, once the BMI rose above 35, there was an 85 per cent increase in death risk.

Meanwhile, a very large meta-analysis of 2.9 million people from 97 trials showed a 6 per cent reduction in death in overweight people when compared with normal weight and obese people.

Another study from Holland, The Netherlands followed patients for seven years after coronary stenting and demonstrated those who had a BMI between 27.5 up to 30 had a 41 per cent reduction in death.

This all sounds bizarrely counter-intuitive but it’s highly consistent with evidence from a number of trials. I would like to make some key points here to explain why these results are in such a contrast to the general health advice given by most doctors.

Firstly, these trials assessed people with either established disease or those with a very high risk of developing some form of cardiovascular disease. Also, the average age of the people in the trials mentioned was well over 50, where our metabolism isn’t as fast as it once was. For those who find it easy to lose weight over the age of 50, either intentionally or unintentionally, they are certainly outside the norm. Meanwhile, carrying a modest amount of extra weight around the belly over the age of 50 may be protective because of the important fact that in a healthy person the covering of every cell, known as the membrane, is 75 per fat.

Doctors are always encouraging their patients to lose weight and the reality is that most people are spectacularly unsuccessful in doing so. Although it’s my strong belief that it’s important for us to keep our weight down to healthy levels, it certainly appears that there’s a significant difference between a healthy weight before the age of 50 and over the age of 50.

I advise all my patients beyond the age of 50 to focus more on healthy eating which is basically to eat less and eat more naturally, along with maintaining three to five hours of testing exercise per week which should include two-thirds cardio and a third resistance training. This is much better for your health than obsessing about weight.