‘My dog warned me I was having a heart attack’ 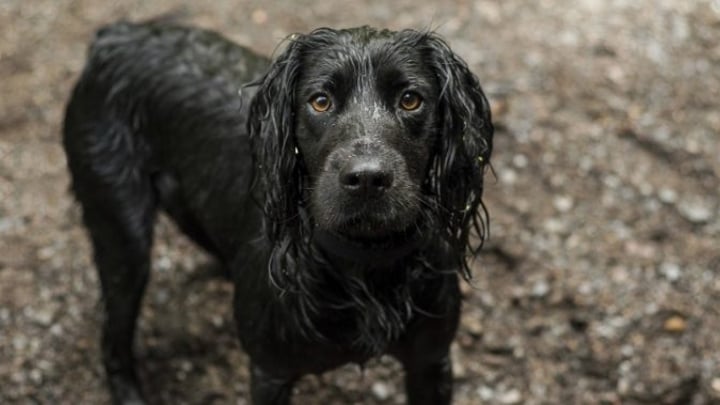 It’s no secret heart attacks are a leading health issue around the world, with 1.9 per cent of the Australian population experiencing an attack that impacts their health for at least six months. In the United States it’s an even bigger issue, with one in four deaths the result of heart disease.

A recent survey conducted by the Heart Foundation found more than half of all attacks occur in people over the age of 60 and that just 40 per cent of heart attack survivors were aware their symptoms at the time of an attack was actually them experiencing a heart attack.

One of those people is 62-year-old Melbourne resident Ian Story. Speaking to Starts at 60, Ian explained that his heart attack in February was out of the blue and something he didn’t expect.

He had been experiencing indigestion for some time and said it was common for the condition to wake him up. Early one morning, he was burping and the pain wasn’t going away. He knew something wasn’t quite right.

“That got me to look up heart attack symptoms on Google,” he recalled. “There was 10 of them.”

Read more: Intimacy, mood and lifestyle: How a heart attack could affect your partner

When he got to the third symptom on the list, his beloved Cocker Spaniel Suttie began acting strangely and out-of-character.

“I got to no. 3 and my dog jumped up on my lap and started licking where the pain was,” Ian said. “She was very anxious, [and] she’s not usually anxious and she doesn’t usually jump up on my lap. She’s a 22kg dog, so she’s not a lapdog.”

Suttie’s behaviour prompted Ian to call the ambulance and in less than 40 minutes, he was rushed to a nearby hospital where doctors confirmed he had suffered a heart attack. While Ian said he probably would have called the ambulance eventually if the pain didn’t stop, he credits Suttie for ringing them earlier.

At the hospital, medical staff asked Ian constant questions about his health and symptoms to gauge how major the attack was. He underwent surgery where a stent was put in two days later. The following day, he was released. While heart attacks typically have a major impact on the lives of survivors and their families, Ian credits his healthy lifestyle before his heart attack for his speedy recovery.

He’d lost 15kg before his heart attack and although he’s undergone plenty of tests and meetings with cardiologists since the attack, his heart is now in perfect condition.

Ian explained that he’s on blood-thinning medication and that he was back to walking Suttie shortly after his attack.

“I actually did continue taking the dog for a walk, just a 20-minute walk, instead of an hour’s walk,” he said. “I probably shouldn’t have done that so soon, but there was no pain.”

Ian said he felt tired in the afternoon for a few weeks after his attack, but that his health quickly returned to normal.

“Physically, there’s nothing different, but I probably won’t be working longer hours or anything like that,” he said.

For others who are recovering from a heart attack, Ian said exercise and diet was the way to recover quickly. He’s lost an additional 2kg since his heart attack and said that a lot of that is down to Suttie.

For more information about recovering after a heart attack contact the Heart Foundation Helpline on 13 11 12 or visit heartfoundation.org.au/after-my-heart-attack.

Has an animal ever saved your life? Do you know someone who was impacted by a heart attack or another major health event?