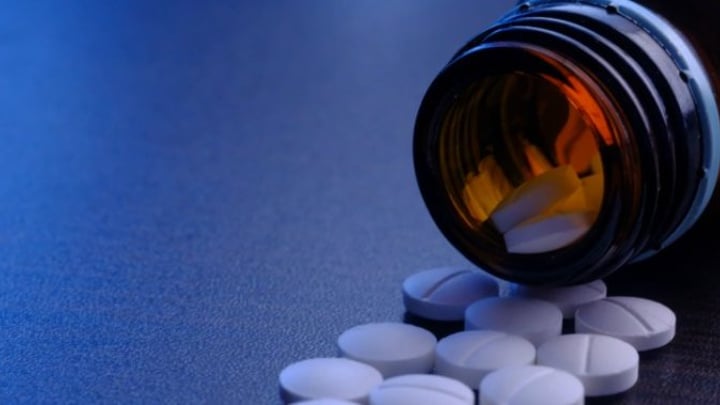 A new report has revealed which drugs most Australians are using and which ones are costing the government the most. Source: Getty

The huge number of Australians facing heart disease or heart related issues has been laid bare in a new study into the most common medications used by Australians over the last year – with most of the top ranked drugs being blood pressure medications and drugs that lower cholesterol.

NPS MedicineWise compiled a list of the most common medications used by Australians between 2017 and 2018 – defined by daily dose, prescription count and cost to the Government.

The results were published in the Australian Prescriber Journal, giving an interesting insight into the medication habits of Australians. The results found that blood pressure medications and drugs that lower cholesterol make up eight of the top 10 most commonly used prescription drugs.

“High blood pressure and high cholesterol are two risk factors that can affect overall heart health, contributing to increased risk of heart attack or stroke,” Heart Foundation Clinical Manager Cia Connell told Starts at 60. “Heart disease is the single leading cause of death in Australia, with 18,590 deaths attributed to heart disease in Australia in 2017.”

This means that an average of one Australian dies as a result of heart disease every 28 minutes. Furthermore, $1.5 billion was spent providing healthcare services to patients admitted with heart disease between 2012 and 2013, while it was the main cause of 160,438 hospitalisations in 2016 and 2017.

In terms of defined daily dose of drug use, atorvastatin topped the list of most commonly used medications. Atorvastatin, also known as the brand name Lipitor, is a statin used as a lipid-lowering agent.

It was followed by another statin called rosuvastatin, while other high blood pressure medications perindopril, amlodipine, irbesartan, candesartan and telmisartan took the following spots. Esomeprazole, which is used to reduce stomach acid, came in eighth, while high blood pressure drug ramipril and type 2 medication metformin rounded out the list.

Read more: Price of life-saving cancer medication slashed from thousands to under $40

The data also revealed the top 10 drugs by cost to the government. These medications did not include rebates. Hepatitis C treatment sofosbuvir/velpatasvir, costing the government more than $69.5 billion.

Aflibercept, a medication used to treat macular degeneration, cost $32.4 billion, while arthritis medication adalimumab came in third at a cost of more than $32.2 billion.

Ledipasvir/sofosbuvir, another hepatitis c treatment, came in next at more than $24.4 billion, while another macular degeneration treatment called ranibizumab cost the government over $21.8 billion.

“It is not surprising that that majority of the top 10 used medicines in Australia are for the prevention or treatment of conditions of the heart or circulation, as heart disease continues to be the most common chronic health problem and cause of death,” NPS MedicineWise CEO Steve Morris told Starts at 60. “Older Australians should have regular checks of their heart disease risk, and those on medicines should be seen regularly for review.”

Meanwhile, Connell added that no matter what a person’s blood pressure and cholesterol reading is, a healthy lifestyle is also essential.

“You can make positive changes by improving your diet, being active, quitting smoking and reducing your alcohol intake to improve your heart health,” she added.

What are your thoughts on the findings? Do you use any of these medications?