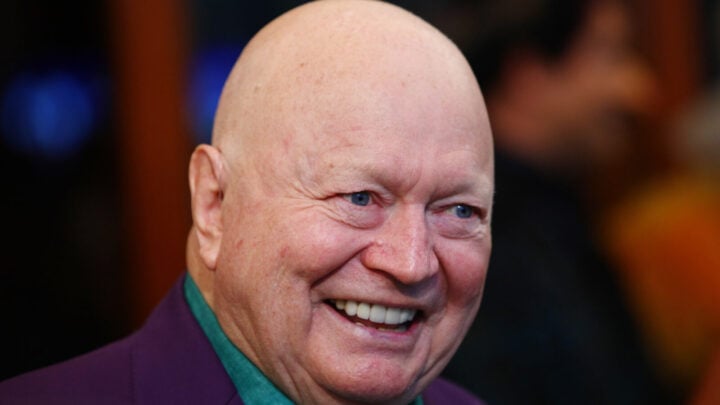 Bert Newton has been in out of hospital the last few months. Source: Getty.

According to Ford, Newton had been suffering from an infected toe for some months before making the “life or death decision”.

“It got worse … he was seeing doctors and specialists and they couldn’t seem to get it right, it kept on spreading,” Ford told listeners on 94.5FM. “Basically he was told last week, you have a couple of months to live, or if you have your leg amputated, you’ll probably have a few years. So, he agreed to have the leg amputated on Saturday.

“It’s a big decision for anyone to make, but it’s also a practical thing, because they live in a two-storey place with the bedrooms and the bathrooms upstairs, so they’re now having to convert the house downstairs because Patti doesn’t want him to go into a nursing home.”

Newton has been in and out of hospital the last few months. Just before Christmas Newton’s wife Patti uploaded a pic of the entertainer lying in a hospital bed. At the time, she reassured fans that he was “all good”.

Back in 2017, the television personality was rushed to hospital after getting pneumonia. “Pneumonia is not a very nice thing,” Bert said at the time, explaining it was the third time he’d had it. The renowned former host of Good Morning Australia also underwent major heart surgery in 2012.

What are your thoughts on this? Do you know someone who's had a similar health situation?