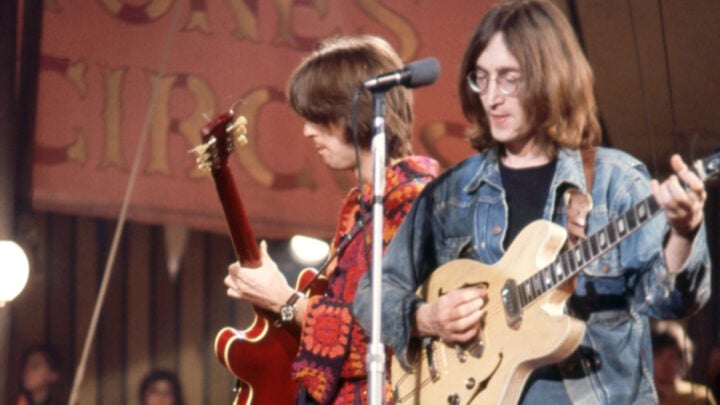 Many iconic hits from the 60s and 70s are seen as controversial, and for a good reason. Source: Getty

From roller disco parties to tube socks, the seventies were a wild and groovy era. Music was at the forefront of the hedonistic party, with iconic acts like The Rolling Stones and Elton John seizing the scene with unforgettable melodies that are still raved about today.

But as they say, hindsight is 2020. Looking back, some of those emblematic tunes that most of us have crooned along to over the years are, shall we say, a little “problematic” when put through today’s filter – and not at all what people remember them to be. From harmful stereotypes and cradle-snatching to blatant racism and violence, some of the biggest hits from the seventies would likely be “cancelled”, just like Alan Jones, if they were to be released today.

Here are some of the most iconic yet controversial songs from the seventies that just wouldn’t fly nowadays. (Warning: this feature may make you rethink some of your favourite tunes!)

‘Some Girls’ by The Rolling Stones was even notorious in the seventies, for blatantly stereotyping women and generalising them based on their ethnicity. Don’t remember? Just take a read of these lyrics:

‘Chinese girls are so gentle / They’re really such a tease / You never know quite what they’re cookin’ / Inside those silky sleeves’.

Despite the duo’s best effort to include descriptions of a cartoon dragon, the song was still misconstrued to be about smoking illicit drugs, which got it banned multiple times. In actual fact, the eternally popular tune was about the hardships of growing older.

‘Puff the magic dragon lived by the sea / And frolicked in the autumn mist in a land called Honah Lee’.

This entire song alludes to the fact that there will be harmful consequences if infidelity occurs within the fictional relationship. Even though the lyrics were taken from an Elvis Presley song from 1954, the song still gives off a threatening and inappropriate tone.

‘I’d rather see you dead little girl / Than to be with another man’.

Sir Elton John is seen as a rock legend by many – and was knighted in 1998 for his prolific contributions to the world of music. But not all of his tunes were fit for a queen. His 1975 hit, titled ‘Island Girl’ came under fire for being blatantly racist, with lyrics such as:

Case closed on that one.

Even though this song topped charts upon its release,  ‘Hot Child in the City’, by Nick Gilder, frontman for 70s glam rockers Sweeney Todd, has a darker, deeper meaning about underage prostitution. To put it simply, the “hot child in the city” is a teenage runaway. Enough said.

‘Danger in the shape of something wild / Stranger dressed in black, she’s a hungry child.
No one knows who she is or what her name is / I don’t know where she came from or what her game is’.

You don’t have to look very deep to find the meaning of this song. It’s quite literally in the title of the song. Ringo Starr’s 1973 hit is about, what seems to be, an older man, falling in love with an underage girl who is 16 years old.  At the time, Ringo was 33 years old; more than twice that age – which officially makes him a “dirty old man”, by today’s woke standards.

‘You’re all ribbons and curls, ooh, what a girl / Eyes that sparkle and shine / You’re sixteen, you’re beautiful and you’re mine’.

Although catchy, the 1974 tune got some heat for racism, discrimination, and cultural appropriation. Case in point:

In fact, the lyrics have been so controversial that a British singer was arrested for singing the song in public when a man of Chinese descent reported him for racism.

As a song born from rebellious rock ‘n’ roll, ‘God Save The Queen’ sparked mass hysteria upon release. At the time, the Queen’s silver jubilee was fast approaching, so the Sex Pistols saw this as an opportunity to capitalise and chase notoriety.

But with lyrics like ‘God save the Queen / She’s not a human being / And there’s no future / And England’s dreaming’.

It’s not hard to see why monarchists of the day were outraged.

As the most famous music quartet on the planet, The Beatles weren’t new to controversy by any means. But ‘Lucy in the Sky With Diamonds’ brought them even more global attention and scrutiny.

With lyrics like ‘Picture yourself in a boat on a river / With tangerine trees and marmalade skies / Somebody calls you, you answer quite slowly / A girl with kaleidoscope eyes’.

Additionally, the double meaning of the song title was taken by many to mean ‘LSD’, so it’s little wonder that people were offended and assumed the Awesome Foursome was promoting drug-taking.

Do you think these songs should be banned today?