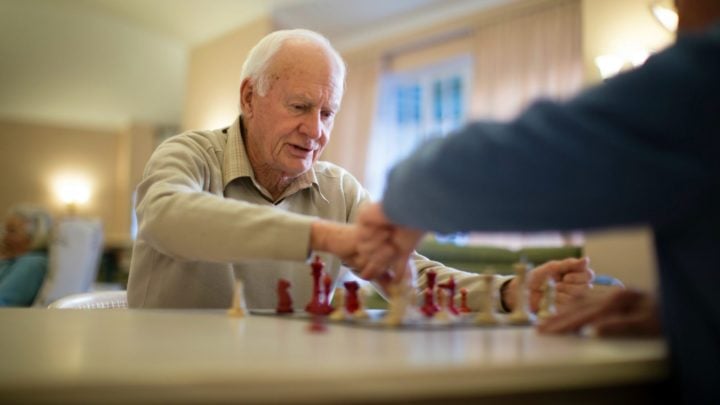 If you’re tired of filling in crosswords to try to keep your brain in good shape as you age, consider swapping to a game of some kind.

New research has found that people who regularly play games, such as cards or board games, are more likely to stay mentally sharp in later life.

The study, published in The Journals of Gerontology, also proved that cognitive functioning can indeed improve throughout older age.

Researchers from the University of Edinburgh assessed more than 1,000 people aged 70 for memory, problem solving, thinking speed and general thinking ability. Participants then repeated the same thinking tests every three years until the age of 79.

The researchers also noted how often each participant played board games, cards, chess, bingo or did crosswords at the ages 70 and 76, to determine whether there was a link between playing games and cognitive function.

To rule out other potential influences on the result, the Scottish research team took into account lifestyle factors, such as education, socio-economic status and activity levels, as well as the results of an intelligence test that the participants sat when they were 11 years old.

The analysis found the participants that played more games in their 70s were more likely to maintain certain thinking skills in their older years.

Co-author Drew Altschul said findings added to evidence that “being more engaged in activities during the life course might be associated with better thinking skills in later life.”

“For those in their 70s or beyond, another message seems to be that playing non-digital games may be a positive behaviour in terms of reducing cognitive decline,” he added.

Caroline Abrahams, charity director at Age UK, said the research underlined that cognitive impairment in older adults “doesn’t have to be inevitable”.

“The connection between playing board games and other non-digital games later in life and sharper thinking and memory skills adds to what we know about steps we can take to protect our cognitive health, including not drinking excess alcohol, being active and eating a healthy diet,” she said.

A team of scientists from the National University of Singapore, the University of Essex and the University of Cambridge found that people who consumed green tea, oolong tea, or black tea at least four times a week had brain regions that were connected in a more efficient way.

What are your thoughts on this? Do you play board games often?