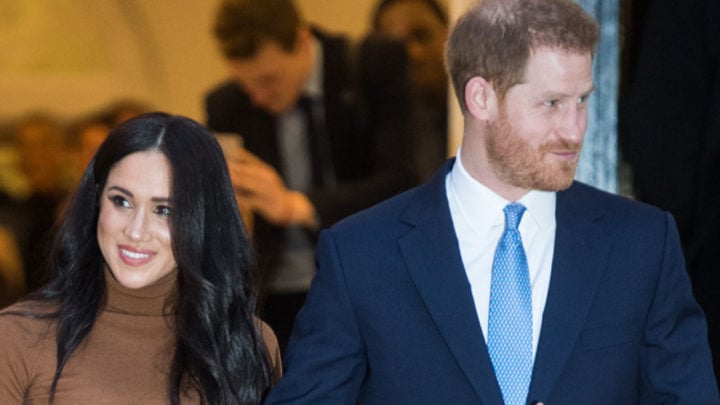 The Duke and Duchess of Sussex are currently living on Vancouver Island in Canada. Source: Getty.

The Duke and Duchess of Sussex have hinted that they may never return to live in the United Kingdom with their latest move, as the couple have given all of their staff the boot following their decision to quit as senior members of the royal family.

It has been a tumultuous start to the year for Prince Harry and Meghan, who last month announced their intentions to forge a new life for themselves in North America, giving up their position as top members of the Queen’s family.

However the couple had claimed that they intended to split their time between the UK and North America, more specifically Canada, as they attempted to become financially independent and pave their own way as a family of three.

Now though, royal watchers believe the couple may have no intention of returning to Harry’s home country as it is being widely reported that all 15 members of the Sussexes’ household have been sacked and that the couple are closing down their office in Buckingham Palace.

According to the Daily Mail, a source said: “Given their decision to step back, an office at Buckingham Palace is no longer needed. While the details are still being finalised and efforts are being made to redeploy people within the royal household, unfortunately there will be some redundancies.”

According to the news outlet, among those set to lose their jobs is the couple’s newly appointed private secretary, Fiona Mcilwham, along with their head of communications Sara Latham.

The move comes just one week after the couple carried out their first paid engagement since cutting ties with the royal firm, as they attended an exclusive JP Morgan event in Miami where Harry delivered a speech.

Harry reportedly spoke about mental health and revealed that he has been in therapy fora number of years to try to overcome the trauma of losing his mother. He was also said to have discussed Megxit, claiming that the decision to step down was made to protect his family.

Things have moved quickly for Harry and Meghan ever since they announced their intention to “take a step back” from the forefront of royal life on Instagram on January 9.

In a statement at the time they said they would make the transition this year, carving out “a progressive new role within this institution” by balancing their time between the UK and North America while “continuing to fully support Her Majesty The Queen”.

“This geographic balance will enable us to raise our son with an appreciation for the royal tradition into which he was born, while also providing our family with the space to focus on the next chapter, including the launch of our new charitable entity,” the statement said.

In the weeks that followed they hammered out a deal with the palace to allow them to relocate overseas, which included them giving up any public funds and also losing their HRH titles.

Do you think Harry and Meghan will remain in North America?