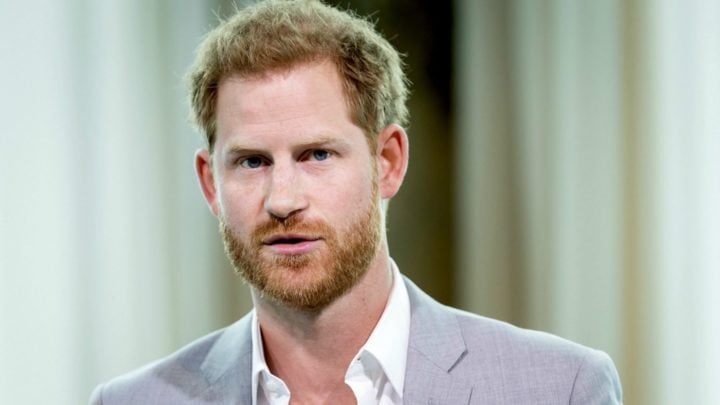 The news comes a month after Prince Harry and Meghan Markle revealed they're quitting the royal family. Source: Getty.

Prince Harry has reportedly revealed that he’s been in therapy for several years over the death of his mother, Princess Diana, during his first joint public appearance with wife Meghan Markle since they announced that they are stepping back from royal life.

In a speech at an exclusive JP Morgan event in Miami, Harry also said he did not regret his decision to step down as a senior member of the royal family, as he did not want Meghan and son Archie to go through what he did as a child, according to the New York Post.

A source told the newspaper: “Harry spoke about mental health and how he has been in therapy for the past few years to try to overcome the trauma of losing his mother.”

“He talked about how the events of his childhood affected him and that he has been talking to a mental health professional.

“Harry also touched on Megxit, saying while it has been very difficult on him and Meghan, he does not regret their decision to step down as senior royals because he wants to protect his family. He does not want Meghan and their son Archie to go through what he did as a child.”

Things have moved quickly for Harry and Meghan ever since they announced their intention to “take a step back” from the forefront of royal life on Instagram on January 9.

The couple shocked the world – and seemingly other members of the royal family – by choosing to announce the news on their own social media platform, before an official deal had been agreed upon with the palace.

In a statement, Harry and Meghan said they would make the transition this year, carving out “a progressive new role within this institution” by balancing their time between the UK and North America while “continuing to fully support Her Majesty The Queen”.

Less than a fortnight later, Buckingham Palace released a statement confirming that a deal had been struck, allowing the couple to move forward with their desire to live a more independent life, while the Queen also issued a rare personal statement in which she thanked the couple for their work in recent years and described her pride at how quickly Meghan has “become one of the family”.