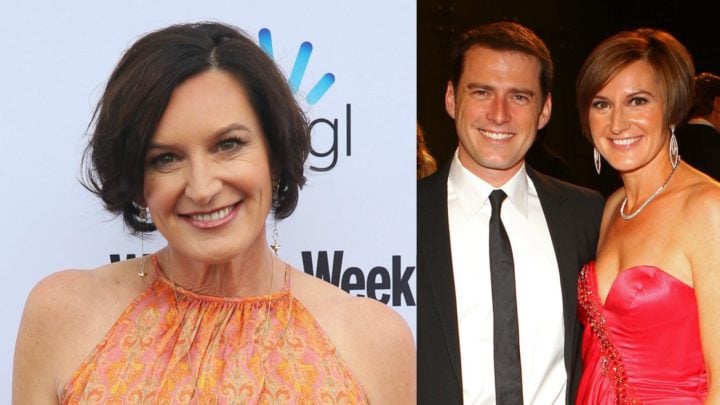 Audio of Cassandra Thorburn slamming her ex husband Karl Stefanovic shortly after his wedding has been released. Source: Getty

Controversial claims that Cassandra Thorburn launched into a fiery rant about her ex-husband Karl Stefanovic late last year appear to have been confirmed, as audio of the interview was leaked online.

However, audio released on YouTube this week appears to have proven the original claims were true.

Throughout the clip Cassandra can be heard slamming her ex, mentioning everything from Karl’s wedding, to his apparent comments about “being the best journalist in the world”.

“Everything he (Stefanovic) says is about this fake person who lives in this fake castle.”

Cassandra appeared to continue her rant by referencing Karl’s “sexism experiment” in 2014 which saw him claim to wear the same Burberry suit every day for a year. He said he was doing it at the time as an experiment in sexism in the media – but Cassandra insisted he lied and never actually did.

“I mean does the country really honestly believe that he wore the same suit to work every day for a year just because he said he did?” she questioned.  “Did anybody go and check every tape of every day? No, they just believed it because they said it.”

The journalist then added about her ex: “After we separated he sat me down and said, it is very hard being the best journalist in Australia, quite possibly the world.”