Starts at 60 Daily Joke: A husband was sent a ransom note 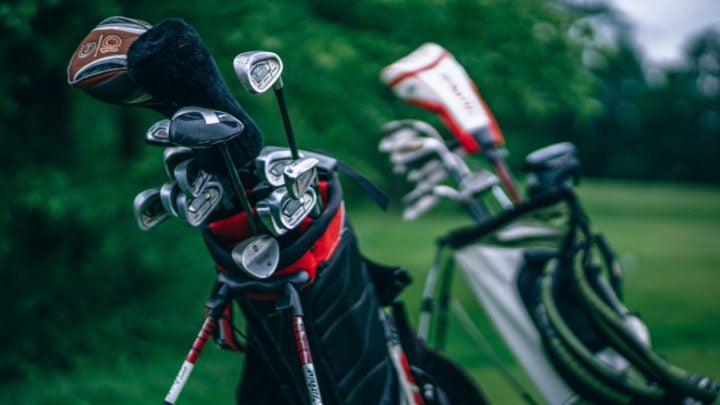 A husband was sent a ransom note saying that he was to bring $50,000 to the 17th hole of the country club at 10 o’clock the next day if he ever wanted to see his wife alive again.

He didn’t arrive until almost 12:30. A masked man stepped out from behind some bushes and growled: “What the hell took ya so long? You’re over two hours late.”

Starts at 60 Daily Joke: A man goes into a bar

A man goes in to a bar and orders a vodka and coke. The barman serves him. The man drinks it and orders another. This goes on for a while, until the man begins to slow down.

The barman asks: “Is there anything the matter, sir?”

The man replies: “I had an enormous argument with the wife. She said she won’t speak to me for a month. I have to sleep on the couch.”

The barman says: “Best bet is to stop drinking, go home, and don’t let this argument carry on past the first night. Nip it in the bud.”

The man says: “You don’t understand. This is the last night.”

Starts at 60 Daily Joke: A man with a wooden leg moved cities

A man and his wife, moved back home to Texas from Missouri. The husband had a wooden leg and to insure it back in Missouri it cost them $2000 per year. When they arrived in Texas, they went to an insurance agency to see how much it would cost to insure his wooden leg. The agent looked it up on the computer and said: “$39.”

The husband was shocked and asked why it was so cheap here in Texas to insure it because it cost him $2000 in Missouri!

The insurance agent turned his computer screen to the couple and said: “Well, here it is on the screen, it says: ‘Any wooden structure, with a sprinkler system above it, is $39.’ You just have to know how to describe it!”