3 hilarious jokes about getting older 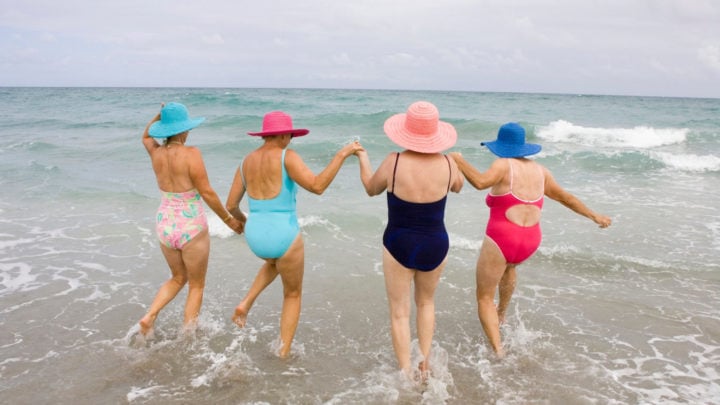 These jokes will remind you to look on the brighter side of life! Source: Getty.

Daily Joke: A young man saw an elderly couple sitting down to lunch

A young man saw an elderly couple sitting down to lunch. He noticed that they had ordered one meal and an extra drink cup. As he watched, the gentleman carefully divided the hamburger in half, then counted out the fries, one for him, one for her, until each had half of them.

Then he poured half of the soft drink into the extra cup and set that in front of his wife. The old man then began to eat, and his wife sat watching, with her hands folded in her lap. The young man decided to ask if they would allow him to purchase another meal for them so that they didn’t have to split theirs.

The old gentleman said: “Oh no. We’ve been married 50 years, and everything has always and will always be shared, 50/50.”

Touched by the beautiful display of love, the young man then asked the wife if she was going to eat. She shook her head kindly and replied: “It’s his turn with the teeth.”

Three old men are talking about their aches, pains and bodily functions. The 70-year-old man says: “I have this problem. I wake up every morning at seven and it takes me twenty minutes to pee.”

The 80-year-old man replies: “My case is worse. I get up at eight and I sit there and grunt and groan for half an hour before I finally have a bowel movement.”

The 90-year-old man says: “At seven I handle my number one and at eight I’m all good to go for a number two.”

“So what’s your problem?” asked the others.

Daily Joke: Two elderly women were out driving in a large car

Two elderly women, Marie & Edith, were driving. Neither could see over the dashboard. As they were cruising along they came to an intersection. The stoplight was red but they just went on through.

Edith in the passenger seat thought to herself: “I must be losing it, I could have sworn we just went through a red light.”

After a few more minutes they came to another intersection and the light was red again and again they went right though. This time Edith was almost sure that the light had been red but was really concerned that she was losing it.

She turned to Marie and said: “Marie! Did you know we just ran through three red lights in a row! You could have killed us!”

Marie turned to her and said: “Oh, am I driving?”