Daily Joke: An elderly gentleman was on his deathbed 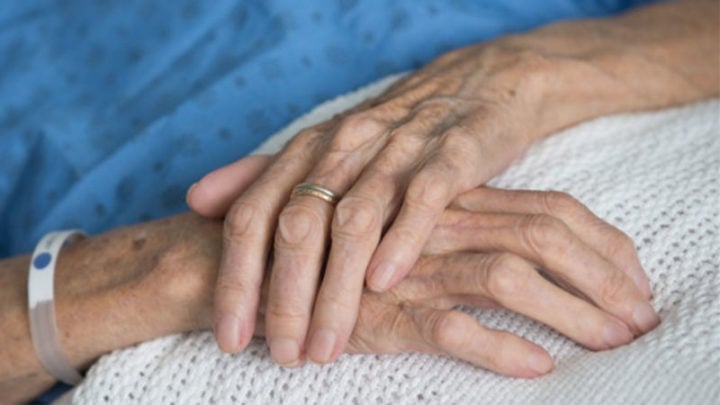 An elderly gentleman was on his deathbed as his wife, three children and nurse stood close by. Source: Getty.

An elderly gentleman was on his deathbed as his wife, three children and nurse stood close by.

He said to them: “Bill, you take the two mansions on 2nd street. Mary, you take the offices in the business centre. Debra, the apartments downtown are yours. To my dear wife, take all the residential buildings near the park.”

The nurse was really impressed. She said: “Your husband must have been quite a man, amassing so much property to leave to all of you.”

“What property?” the wife responded. “The man had a paper route!”

A news photographer needed to charter a flight to take some arrival photos so he phoned the local airport to enquire. He was told a plane would be waiting for him there that afternoon. Arriving at the airfield, he spotted a plane warming up outside a hanger. He jumped in with his bag, slammed the door shut, and shouted: “Let’s go!”

The pilot taxied out, swung the plane into the wind and took off. Once in the air, the photographer instructed the pilot: “Fly over the valley and make low passes so I can take pictures.”

“Because I’m a photographer for the news,” he responded. “And I need to get some close up shots.”

The pilot was strangely silent for a moment, finally he stammered: “So, what you’re telling me is… you’re NOT my flight instructor?”

Daily Joke: All the good knights were leaving for the Crusades.

All the good knights were leaving for the Crusades. One knight told his best friend: “My bride is without doubt one of the most beautiful women in the world. It would be a terrible waste if no man could have her. Therefore, as my best and most trusted friend, I am leaving you the key to her chastity belt to use should I not return from the Crusade.”

The company of knights were only a kilometre or so out of town when they noticed a cloud of dust approaching. Thinking it might be an important message from the town the column halted. A horseman approached. It was the knight’s best friend.

He was yelling: “Hey, you gave me the wrong key!”