Daily Joke: An emergency call was made to the fire department 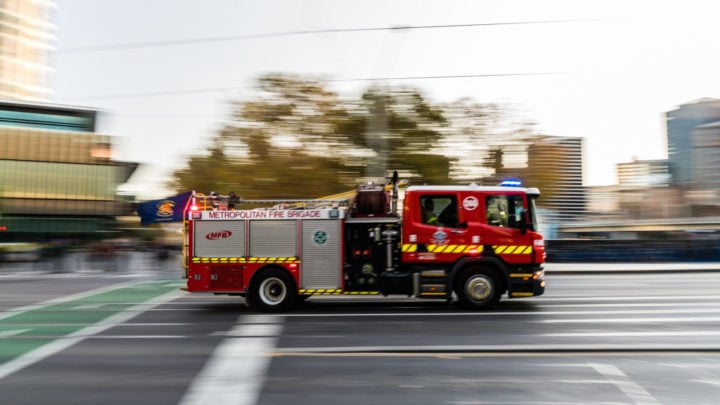 The fire department rushed to the scene. Source: Getty.

A fire started on some grasslands near a farm and the fire department was called to put it out.

The fire was more than the department could handle. Someone suggested that a nearby volunteer bunch be called. Despite some doubt that the volunteer outfit would be of any assistance, the call was made.

The volunteers arrived in a dilapidated old fire truck. They rumbled straight towards the fire, drove right into the middle of the flames and stopped! The firemen jumped off the truck and frantically started spraying water in all directions. Soon they had snuffed out the centre of the fire, breaking the blaze into two easily controlled parts.

“That ought to be obvious,” he responded, wiping ashes off his coat. “The first thing we’re gonna do is get the brakes fixed on our fire truck!”

A young naval student was being tested

A young naval student was being put through the paces by an old sea captain.

“What would you do if a sudden storm sprang up on the starboard?” the sea captain asked.

“Throw out an anchor, sir,” the student replied.

“What would you do if another storm sprang up aft?”

“Throw out another anchor, sir.”

“And if another terrific storm sprang up forward, what would you do then?” asked the captain.

“Throw out another anchor, sir.”

“Hold on,” said the captain. “Where are you getting all those anchors from?”

“From the same place you’re getting your storms, sir.”

A band director was struggling with his drummers

Finally, in front of the whole orchestra, he said: “When a musician just can’t handle his instrument and doesn’t improve when given help, they take away the instrument, give him two sticks, and make him a drummer”.

A whisper was heard from the percussion section: “And if he can’t handle even that, they take away one of his sticks and make him a conductor.”