4 hilarious jokes about getting in trouble 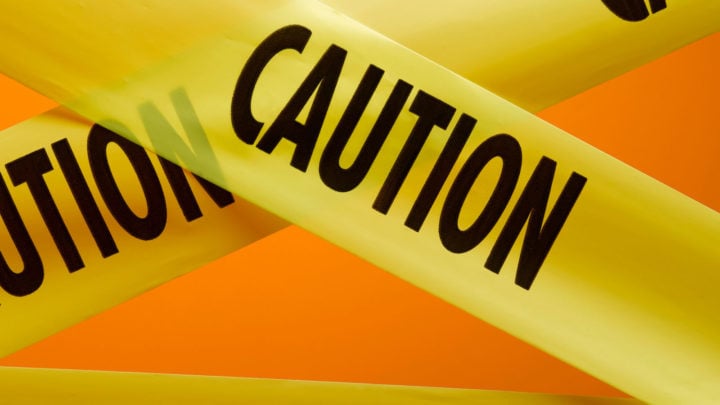 Always be careful before you speak! Source: Getty.

A guy is golfing by himself

A guy is golfing by himself and shanks a ball hard. He yells: “Goddamn it all to hell!”

St Peter hears him and asks God: “Aren’t you going to do anything about that?”

The next hole is a long par five over water ending in a dogleg. The guy tees up and crushes the ball. It hits the water but just as it does, a turtle surfaces. The ball bounces off the turtle’s shell and gets another hundred yards.

Just as it’s about to stop rolling, it hits a hill and rolls all the way to the green, and falls in the hole. His first-ever hole-in-one, and what an amazing one at that!

God replies: “Yep. There was nobody around to see it”.

Bobby was talking to his grandpa

Bobby was sitting on the porch talking to his grandpa when he innocently asked: “Grandpa, do you know how to make animal sounds?”

“I sure do,” Grandpa replied. “What sort of animal sound would you like to hear?”

“How about a toad? Do you know how to sound like a toad?”

“Sure”, Grandpa said, cupping his hand to his mouth, “Croak croak, how did you like that?!”

“Yipee!” Bobby screamed, jumping up and down. “We are going to Disneyworld!”

“Because Grandma said so,” Bobby patiently explained. “She said that after you croak we’ll all go to Disneyworld!”

A man had forgotten his wedding anniversary

A man was in trouble. He forgot his wedding anniversary and his wife was really angry. She told him: “Tomorrow morning, I expect to find a gift in the driveway that goes from 0 to 200 in 6 seconds, no questions asked!”

The next morning he got up early and left for work. When his wife woke up, she looked out the window and sure enough there was a box gift-wrapped in the middle of the driveway.

Confused, the wife put on her robe and ran out to the driveway, brought the box back in the house. She opened it and found a brand new bathroom scale.

A little girl got in trouble at school

A little girl came home from school and said to her mother: “Mummy, today in school I was punished for something that I didn’t do.”

The mother exclaimed: “But that’s terrible! I’m going to have a talk with your teacher about this! What was it that you didn’t do?”

The little girl replied: “My homework.”