Keep, dispose or donate? How to avoid a downsizing disaster 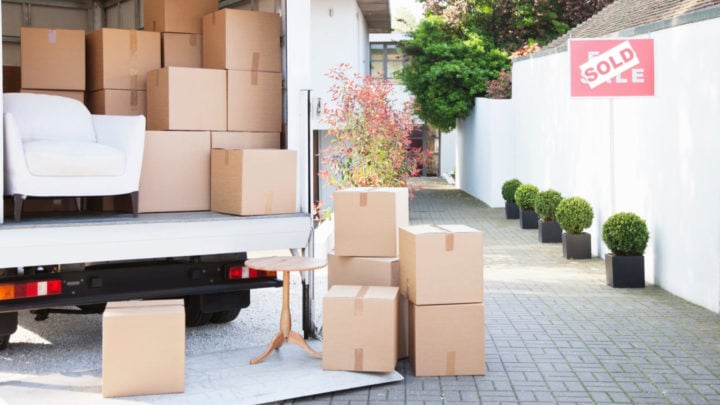 Homeowners often don’t realise how much they own until they have to move out. Source: Getty

One-fifth of Australians aged over 50 have already downsized and 15 per cent have strong intentions to in the future, according to new data from The Productivity Commission. Moving into an apartment or unit is fast becoming an attractive option for retirees and empty nesters who’ve spent decades maintaining a large family home.

More than 4,000 older Australians have taken advantage of a Federal Government initiative that allows over-65s to top up their superannuation by selling their home and moving to a smaller property. Undoubtedly, one of the biggest attractions of downsizing for older Aussies is having less space to maintain, freeing up more time to enjoy their retirement. But with less space comes the headache of deciding what to do with all the possessions that they’ve spent years accumulating.

Storage expert Dave Strutton, an owner of Howards Storage World, says downsizing can quickly become a nightmare unless you are well prepared.

“Moving is stressful at any stage in life, but it’s even harder when you’re older and you’re downsizing into a smaller home,” he said. “You can’t just pack up everything you own and move it from one house to another. You have to be realistic about what is going to fit in the available space you now have.

“It’s tough, but you really need to decide what you can keep and what needs to go before the removalist truck arrives if you want to avoid a downsizing disaster.”

Strutton said homeowners often don’t realise how much they own until they have to move out.

“It’s a case of out of sight, out of mind,” he said. “Most of us have wardrobes, cupboards and shelves crammed with items that we have long forgotten about or don’t need anymore. Downsizing is a great opportunity to get rid of some of these items and to learn to live with less.”

When it comes time to sort through all your possessions, Strutton says downsizers would do well to cast a critical eye over their possessions and ask themselves why they’re holding on to certain objects.

“Ultimately, most decisions should be based on love or need, so unless the item in question falls into one of these two categories, it has now become clutter, and clutter is a definite no-no in a smaller space,” he says.

Of course, like every important milestone in life, downsizing is a process that takes time, so in order to minimise the stress that can be involved, Strutton suggests working through one room at a time to avoid making any rushed decisions that you might come to regret.

“When this process becomes rushed, angst and tension can set in, and you could possibly live to regret some of the decisions made in haste,” he says.

Have you downsized? Do you have any tips to make the process smoother?