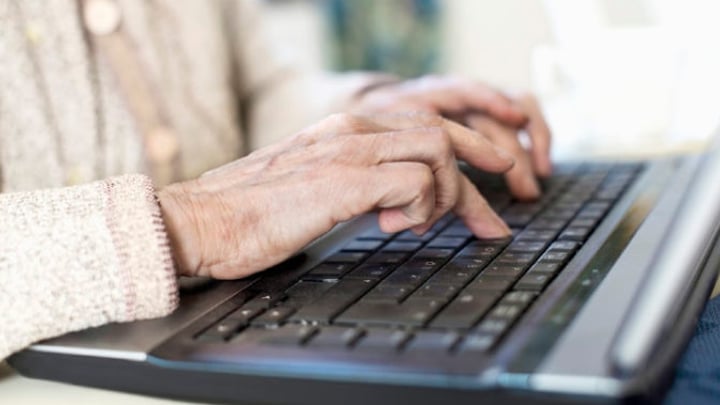 According to a prominent lawyer more over-60s are beginning to file claims against their former employers for age discrimination. Source: Getty

An increasing number of over-60s are filing complaints against their former employers, claiming they were unfairly dismissed from their jobs because of their age.

According to a prominent lawyer, increases to the age of eligibility for the Age Pension have forced older Australians to stay in the workforce for longer, leading to a growing number of older workers being exploited and mistreated by their employers. Bruce Simmonds, litigation director at Parker Simmonds Solicitors and Lawyers, said he had received calls from at least 20 mature-age workers in the past year looking to sue their former employers for putting them out of a job for what the workers felt was for no reason other than their age.

Speaking to Starts at 60, Simmonds claimed Baby Boomers were often treated like “slave class” workers and that without a serious shift in mindset of employers towards older members of society, the situation won’t improve any time soon.

“I have quite a number of clients sharing the same experience,” he explained. “They are all in their late 50s or 60s, and have been made redundant from previous jobs and need to stay in the workforce. There are agencies that score thousands of dollars in government incentives to place these people in new jobs but too often the new jobs are a nightmare for the worker.”

According to Simmonds, many ostensibly respectable companies are hiring older workers, but paying them minimum wage and imposing unfair working conditions, with the workers left too scared to complain for fear of losing their jobs.

“Older workers are the people with the least rights in the workplace and generally the unions can’t or won’t do anything to help them,” the lawyer said. “Part of the problem is the mindset of younger bosses who can’t relate to older workers or have no respect for them.”

His comments follow worrying statistics from the Council on the Ageing (COTA) that revealed 22 per cent of Aussies surveyed had experienced work-related age discrimination. And while 38 per cent of those surveyed said that they were currently in paid employment, 28 per cent of those workers said they are looking for more work. This was especially concerning because one in five older Australians admitted to feeling very insecure about their finances, and 12 per cent of survey participants claimed they were struggling with overdue bills due to payment difficulties.

Many Starts at 60 readers report experiencing discrimination in the workplace, with some struggling to secure a job after reaching the age of 60, despite having the relevant skills and experience. Some were laid off suddenly after years with an employer or in an industry, and have found that their extensive experience more of a hinderance than an asset when trying to obtain a new job.

Starts at 60 reader Rae found herself out of a job in February, but did not expect it to be too difficult to secure a new role, given that she had years of administrative work under her belt. But despite sending more than 60 job applications, she received just three invitations to an interview and as of now remains unemployed, despite undertaking further study in horticulture and wine industry operations in the hope of widening her skill base.

“I am deeply hurt and angry that I, at 63, am considered worthless as an employee, that I am either over skilled, or even more insulting, that I am under skilled for the position,” she told Starts at 60. “It is an obvious discrimination on the basis of my age – apparently over-60s have lost their marbles!”

Rae now faces the possibility of having to live off a Centrelink allowance until she is eligible for the Age Pension. “To have to survive – there’s no way can one live – on Newstart for the next five years fills me with dread,” she said.

Pamela’s story is similar. She was made redundant seven years ago at the age of 60 after 10 years with the same employer. Because she worked for a small business that came under the size threshold that would have forced it to give her a redundancy package, she  walked out the door with just her annual leave and remaining long service leave in her pocket. (Businesses in certain industries with fewer than 15 employees are legally permitted to make workers redundant without being liable for redundancy payments .)

Not wanting to retire, Pamela sought assistance from Centrelink to help her secure a position, but said that she was referred by the agency to just one job, which was to park cars at an airport – something that didn’t fit with her administration experience.

“The fact that employers cannot see the value of experience and reliability was surprising,” she told Starts at 60. “I had previously employed staff for a cosmetic company as department store consultants and found the over-50s generally the most productive. They were more flexible, keen for commission and less distracted by family issues.”

Having no success in her job hunt, Pamela decided to take on a volunteer position at her local church and at 67 is now retired.

Unfortunately for the many Baby Boomers stuck without employment, Simmonds said he expected the problem to get worse as people were forced to work for more years  before reaching the pension age. He explained that while in the past claims surrounding age discrimination were seen mostly within the 30-to-40-year-old age group, nowadays most claims came from people in their 50s and 60s.

“Because of age and injury they’re the first to go in a shake-up,” he said. “Also mature workers sometimes have injuries just starting to show because of age aggravation or pre-existing degenerative conditions. The older we are the less we bounce.

“Unfortunately we’re seeing instances where employers just dump anyone perceived as a liability to the business. Rather than respect mature age workers and draw on their wide experience and knowledge base, they are too often just treated as a nuisance, to be dumped.”

Have you ever experienced age discrimination in the workplace? Have you struggled to gain employment after turning 60?