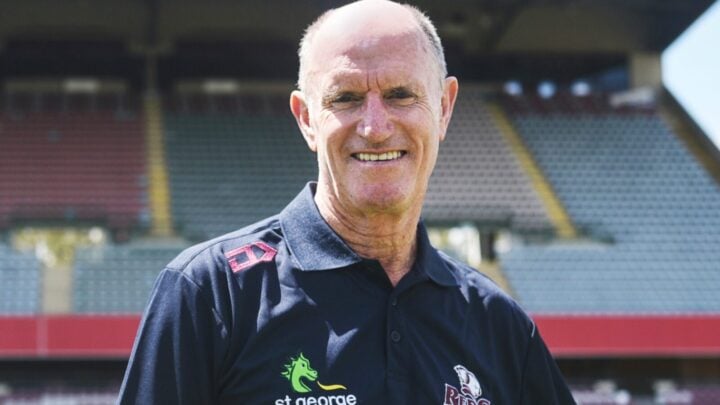 “I’ve had a lot of various cancers in my family and friendships,” he tells Starts at 60. “I’ve never felt that I was bulletproof and didn’t need to go to the doctor.”

For these reasons, Andrew has always taken his prostate health seriously, never missing a yearly check-up with his GP. However, despite his best efforts, the former rugby union player was diagnosed with the disease four years ago.

Andrew had a feeling something wasn’t quite right after he found himself getting up to go to the bathroom multiple times during the night. Despite his next check-up not being for another six months, Andrew made an appointment with his GP, where he had a prostate-specific antigen (PSA) test, a blood test that can help detect prostate cancer. After his test came back positive, his GP referred him to a urologist.

“After numerous MRIs and X-rays, they said ‘Yep, you’ve got it’,” he recalls, adding his urologist then suggested he have a prostatectomy.

“I had the operation and I haven’t needed any medical stuff since, in terms of the prostate, my health has been good,” Andrew says

As for side effects, he says he’s fine and has only been mildly affected by incontinence and erectile dysfunction (ED).

“I’m pretty near perfect on that front,” he says. “The treatment [isn’t] straightforward, but it’s not too bad if you get it early.”

Since Andrew’s diagnosis, he’s become an advocate for prostate cancer and has now partnered with the Royal Brisbane and Women’s Hospital (RBWH) Foundation to raise much-needed funds for cancer research.

“I urge all blokes to be vigilant about regular check-ups but the reality is not everyone is,” he explains. “My brother-in-law wasn’t a goer to the doctor. He was diagnosed with prostate cancer and died a couple of years later.

“That’s why we need research into better treatments for a disease [that] is deadlier than breast cancer.”

The RBWH Foundation is now trying to raise funds for its latest project ImmunoPro, a therapeutic vaccine that uses immunotherapy (a type of cancer treatment that helps your immune system fight cancer) post-prostatectomy, to enhance and increase the patient’s own cancer-fighting cells reducing the need for radiation and hormone therapy.

“Government funding is not available for this research so it’s vital RBWH Foundation does everything it can to protect our fathers, husbands, brothers and friends,” RBWH Foundation CEO Simone Garske said in a statement.

Have you had prostate cancer? Do you know someone who's had it?