‘Retracing my father’s footsteps all the way back to Ireland’ 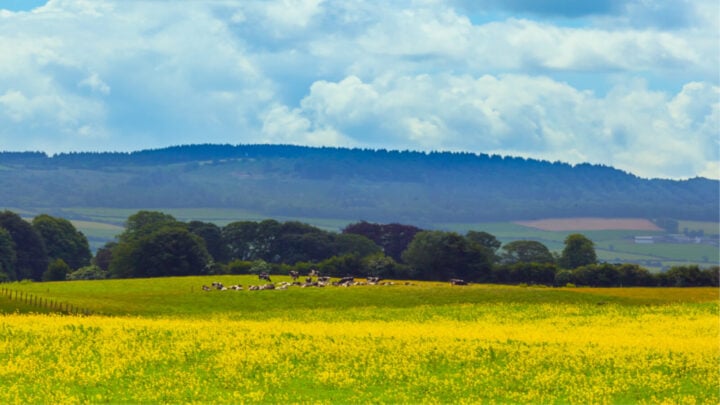 Pamela and her sister travelled to Limerick, Ireland to see where their father grew up. Source: Getty

I was married and had three babies while my sister was still a teenager. However, I was widowed in my late twenties and even though my sister had a full-time job and lived for a few years in Canberra, while I was in New South Wales, we started a bit of travel with my children going to see family for the weekend and planning ahead little breaks to share.

Later I remarried. By then my children were older so often she joined my husband and I on weekend trips out to country areas researching our ancestors and happily to shared new places with us. My sister did a lot of overseas travel by herself over the years, seeing a lot of places I haven’t been to. She met a new man after being on her own most of her adult life. Together they have been on wonderful holidays both domestic and overseas, including Africa and Asia.

In 1989 my sister and I had a great holiday with our two sisters-in-law to Hong Kong. It was my first overseas trip and I loved it. We were allowed up on the flight deck two at a time in those days, that was a highlight of my plane trip. During that trip we also travelled into Southern China and going by the interest in our group wherever we went, we were probably one of the first travel groups from the west to venture into that part of China. We were followed everywhere by the locals; in shops they lined up at the windows to gaze in at us. We were taken to a primitive farming commune, it was good to have interaction with a local family. Seeing a different culture was an eye opener for us all. We loved the whole experience even if it was a bit daunting to see the Chinese soldiers in their green uniforms at the border. We went into China from Hong Kong by fast ferry and returned by train.

Fast-forward to my 70th birthday five years ago. Except for America, Canada and Hong Kong, which we visited before retirement, most of my travels with my husband have been around Australia in our motorhome or cruising. My sister and I hadn’t had an overseas holiday together since 1989 when we had the company of our two sisters-in-law. We starting chatting about doing a trip to Europe, arranging things at home so we could have a month away. My daughter would join us for the last two weeks.

We would be away for the whole month of April, 2015. Our Dad came from Ireland so the plans were done around a few days in the south. Dubai was also on our list of places to see. We spent a few days there and managed a couple of tours. One tour was a dune safari at sunset with a traditional meal at the end. Another day a trip to the Old Town and a spice market. We loved the whole experience.

After the heat of Dubai we flew into a much cooler Dublin, Ireland around midnight. The next few days were spent in a hire car driving to the area where our father had lived in Limerick, before emigrating to Australia as a young boy. We met up with cousins for the first time. We had several nights in a real castle. I loved it all except the many stairs we had to climb to get to our room. The whole ambience was surreal, eating a meal in the beautiful dining room that opened to the lovely gardens.

When I spotted Nelson’s column in London, I only then realised I was actually in England. It took me 70 years but I had arrived. We hired a private driver to take us sight-seeing for a day.

In both Dublin and London we met up with friends for a catchup and a meal. My sister and myself are fans of Grand Designs so of course we had to trace the renovated water tower that had featured on the show. After a long taxi ride we thought we had found the one, only to realise there is more than one water tower in London, so down £100 we gave up and my sister decided to be a sleuth and found the right one the next day.

The Euro Star was our next experience and it took us into one of my favourite cities, Paris. I loved everything about Paris, then we flew to Rome and met up with my daughter for our Italy memories. Loved that city so much and moving on to Venice cemented our love of all things Italian.

Our cruise on the Mediterranean to Greece was next, seeing Croatia for the first time a wonderful experience. All too soon it was time to say goodbye to Europe, our memories to sustain us.