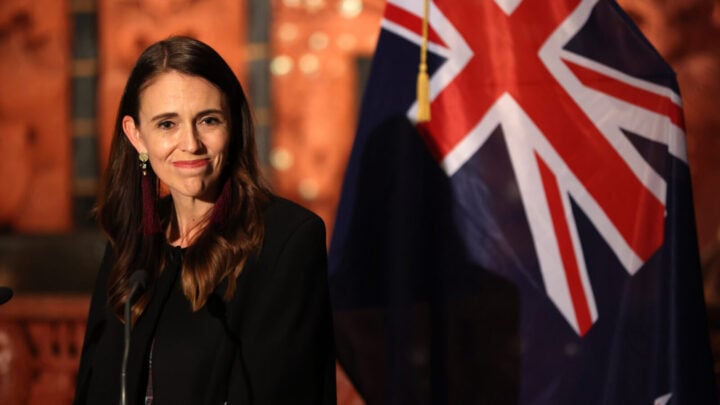 After months of setbacks, Australians will be able to head to New Zealand in two weeks’ time, with Prime Minister Jacinda Ardern announcing a trans-Tasman travel bubble between the two nations.

On Tuesday afternoon, Ardern announced the two-way travel bubble will start from 11.59pm on Sunday, April 18, and allow people to travel between New Zealand and Australia without needing to quarantine.

The majority of Australian states already allow Kiwis into the country without quarantining, however, once they return to New Zealand they must undergo 14 days of hotel quarantine at their own expense.

Under the new arrangement, Australians and New Zealanders will be able to travel between the two countries without quarantining, though a number of protocols will be put in place, including contact tracing.

“Our health response now gives us an opportunity to connect with loved ones again as we start a new chapter in our recovery,” Ardern said at a press conference on Tuesday. “Cabinet was presented with advice today that conditions for opening up quarantine-free travel with Australia had been met. The director-general of health considers the risk of transmission of Covid-19 from Australia to New Zealand to now be low, and that quarantine-free travel would be safe to commence.

“While Queensland has recently undergone an outbreak, it looks like it is contained and can be managed. On that basis, quarantine-free travel will commence in just under two weeks’ time on Sunday, April 18.”

New Zealand’s Director-General of Health, Dr Ashley Bloomfield, will give final confirmation of any conditions of travel that may affect Queensland by next Wednesday, 14 April.

Arden said the new arrangement will “in many ways” see New Zealand “treat Australia as a region of [its] own when making decisions on restrictions”. She did however warn travellers to be wary of the possibility of an outbreak that may cause a pause or a suspension in travel.

“While we absolutely wish to encourage family and friends to reunite and visitors to come and enjoy the hospitality New Zealand is ready and waiting to offer, those undertaking travel on either side of the ditch will do so … [with] the guidance of flyer beware,” she said. “People will need to plan for the possibility of travel being disrupted if there is an outbreak.

“For instance, if a case is found that is quite clearly linked to a border worker in a quarantine facility and is well contained, you’ll likely see travel continue in the same way as you could see life continue if that happened in Australia. If, however, a case was found that was not clearly linked to the border, and a state responded by a short lockdown to identify more information, we’d likely pause flights from that state in the same way we would stop travel into and out of a region in New Zealand as if it were going into a full lockdown. And if we saw multiple cases of unknown origin, we would likely suspend flights for a set period of time.”

Arden said travellers from Australia may need to take a Covid-19 test prior to leaving Australia and will be required to provide comprehensive contact details, wear a mask while flying and download and use the NZ Covid tracer app for use in New Zealand. Arden said airports will have “green zones” in place to ensure travellers do not come into contact with people arriving from other parts of the world.

“On arrival, passengers will be taken through what we’ll call ‘the green zones’ at the airport, meaning there’ll be no contact with those arriving from other parts of the world and going into managed isolation or quarantine facilities,” she said. “We will also be undertaking random temperature checks of those arriving as an extra precaution.

“So the director-general will give us his health assessment on whether or not pre-departure testing is something we may require. It is already in the framework though. One of the responses that we may require as part of travel at any given time, depending on need, could be a pre-departure test. But what we’re saying for most dates from April 19 [is that] we’re not expecting it, with a caveat to Queensland.”

Ardern has previously said Covid-19 vaccinations would not be made a requirement in order to fly.

According to Nine News, Air New Zealand has put on daily flights between Auckland, Melbourne and Sydney from this Friday, with Qantas and Jetstar also set to ramp up flights following the announcement. It is hoped that the travel bubble will revive both Australian and New Zealand international terminals, which have been almost entirely deserted for the past year as a result of the pandemic.

Australian Prime Minister Scott Morrison welcomed news of the travel bubble at a press conference on Tuesday afternoon, saying the decision came just in time for the nations to unite “in the true meaning of Anzac Day”.

“[I am] very pleased that the New Zealand Government has agreed that the two-way bubble will commence,” he said. ” This is the first of many more steps to come as we get back to a normal position. This is an important first step.

“Australia and New Zealand have led the way when it comes to managing Covid-19. The fact that we can combine again will mean jobs and will mean people reunited. This will mean, importantly, jobs for Australia. [It] means more planes in the air, more jobs on the ground and in the air, as well as for our airlines. I am sure the decision will be welcomed by those in the travel sector and the aviation sector more broadly.

Morrison said, at this stage, he would not be able to confirm which country would be on the cards for the next international travel bubble. “We have looked at places like Singapore and Japan and South Korea, and countries like this but, at this stage, we are not in a position to move forward on any of those at this point,” he said.