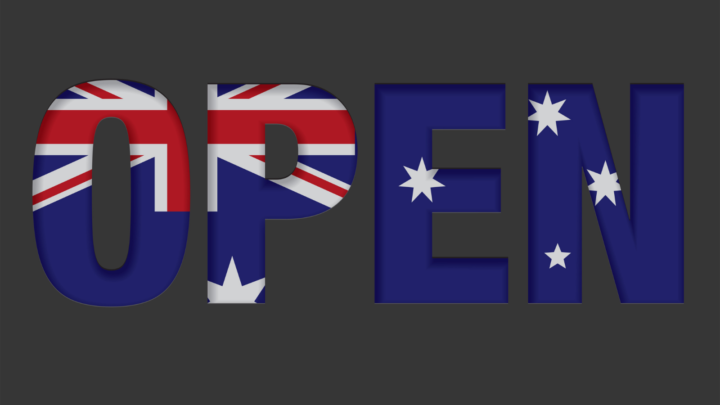 Scott Morrison is preparing to announce the end of international border closures and set a firm date for the opening of Australia, a move that is likely to trigger rapid allocations of international flights by Qantas and a surge in international travel responses. These are said to favour states which open their borders.

It is news that many will welcome, and comes alongside the news that two key states are moving their strategy towards a seven-day quarantine at home strategy for international arrivals that are double-vaccinated. Such state-based announcements are expected to be aligned with adjustments to international arrival caps, with the potential to see them scrapped in NSW and VIC as soon as their 80% double-dose milestone is hit.

NSW Premier Gladys Berejiklian said Australia’s quarantine system was ‘past its used by date’ and that she is more than happy to welcome home Australians.

“The reality is we can’t live in a bubble forever and that goes for every state but that goes for us as a nation,” Berejiklian told Sky News on Tuesday.

Meanwhile, Scott Morrison spoke confidently in Washington to say that will see our international borders reopen, particularly for Australians to leave and return and Australians who are overseas and have been vaccinated to return, and that will occur before the end of the year.

“It could happen well before that. I mean, right now we have reached a point where half of our adult population, aged over 16, has been double vaccinated. Three-quarters of them have had their first vaccination. In our older population, those rates are already much higher, over ninety per cent. And, so, with the vaccines, that is improving our resilience, and we’ll be able to open up those borders,” the Prime Minister said.

Both NSW and VIC are expecting to hit double dose 80% around the end of October with the roadmap out now becoming clear. But both states will start introducing freedoms from mid-October when their states hit 70% double dose consecutively.

NSW relaxations have been confirmed for October 11, the Monday after NSW is projected to reach 70 per cent vaccination coverage.

NSW Prime Minister, Gladys Berejiklian is consistently pointing to the roadmap created by the Doherty Institute to guide NSW’s moves, telling the ABC on Tuesday morning that NSW is already in a pilot phase on quarantine at home.

By the end of October, our citizens will be able to move freely throughout New South Wales and the one proviso we add to that, if there’s a localised surge in cases, the Doherty report advises, as will our health experts, you have some restrictions or targeted restrictions in a particular locality. Once you open up, we’ll see a surge in cases.”

Daniel Andrews also threw excitement into the air boasting that VIC would likely have hit the 80% single-dose milestone yesterday.

“We’ll pass 80 per cent single dose. That’s an amazing achievement and all Victorians who have been vaccinated or booked an appointment should be very proud of that,’’ said Andrews

It’s also widely recognised that states with locked borders are unlikely to enjoy the fruits of the travel opening, with their residents still being forced to endure the harsh hotel quarantine standards upheld in each state, at the cost of their residents.

Are you waiting for a loved one to be able to return from overseas for a visit?