Living the dream… 10 years too late 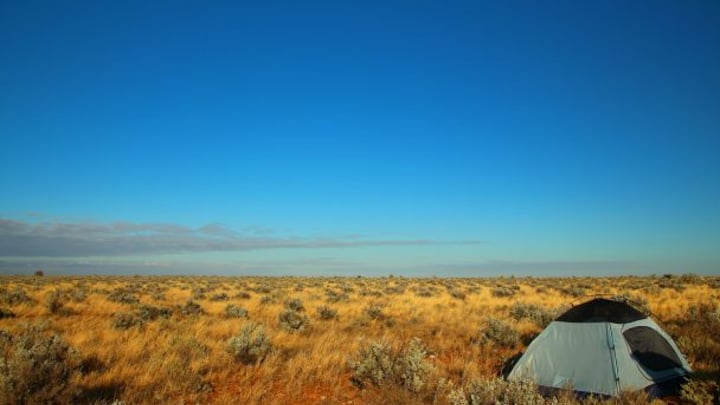 Thousands of pensioners are living what they believe is their dream and travelling, criss-crossing our vast Country. For a while they have thrown away the comfort of the family home, said goodbye to grandchildren and changed the trusty car for a fashionable four-wheel drive or ute, and a caravan of their choice.

With latest camp guide books in their hands and apps on the mobile phone, the kids have left home, the house is paid for and the they are responsible to no one, they hit the road to experience the outback able, at last, to do what they like, go were they want.

Ten years ago being a traveller was a completely different experience to that of today. The roads were open and clear not packed with selfish drivers and their new acquisitions who believe the road is theirs with no consideration for other users. There were simple rules that traveller’s went by without any regulation and there was mutual respect for privacy. Exponents of free camping could camp in seclusion with the knowledge that space was theirs to enjoy without interference of other travellers.

Today new travellers appear magnetised by other caravans and go to great lengths to see just how close they can park it. Free camp sites are treated by the new and inexperienced as pseudo caravan parks without the need to pay fees. For the real traveller the monitory saving is a consideration but not the reason to free park, it is the freedom to experience the wide open space this country offers and scenery, not seen in caravan parks. Why would anyone want to be hemmed into a caravan park compound surrounded by a fence, occupied by fat little men who appear proud of their beer gut, carrying a beer wanting to make friends and circle the chairs for when the fun starts? We have all seen them, the thought does not compare to the black night sky of the desert, full of stars and the night sounds.

However, having parked the caravan as near as possible, the obligatory camp fire has to be lit, for no real reason. Lit anywhere they see fit, the remains of these fires can be seen when they leave, dotted all over camp areas reducing the areas of clear space for future travellers. The chairs are placed out and into a circle around the fire and of course stubby holders are produced and the drinking starts. Let us not forget the cheap noisy generator and solar panels placed miles away from the caravan just to show they have them.

We should remember those who buy RVs, those monstrosities on wheels. Ten years ago few travellers would have anything to do with a RV, they were not considered for travellers, just joy riders. Now many RV owners pull an additional vehicle behind in case they need a car. Why not buy a caravan in the first place?

Free camp sites that a few years ago would have two or three other travellers now have caravans and RVs parked in such great numbers they are no longer enjoyable. Secluded spots are the same. On our recent trip we camped at many known free camp areas throughout Victoria, South Australia, Northern Territory, Queensland and New South Wales and counted anywhere from 40 to more than 100 caravans or RVs at the same site. Sites that have free facilities that easily cater for three or four travellers are now expected to handle up to a hundred travellers, of course they cannot and some travellers believe the toilet paper is just for their use!

Do not get me wrong, we love travelling, having started back in 1978, we have seen many changes and each trip has been enjoyable with many stories to tell. We still find new places to stay away from people but if any part of the rig is visible we can guarantee someone else will join you. It is a great country however, over-crowded roads and sites meant our recent trip, just completed, may be our last. We are plain and simple fed up with other travellers and their manners.

Travellers who are just starting their dream will not relate to this of course, the past is the past and they go with the knowledge of the present situation and hopefully will enjoy every moment of their trip.

With the number of travellers reaching in excess of half a million perhaps a degree of regulation and/or guidelines might be timely. Not from the authorities, not from State Government, not from councils, and we certainly don’t need over zealous rangers or wardens proving their worth. It has to be self regulation of one kind or another.

Many council’s are, because of travellers habits allegedly, closing great camping sites. Up and down the the east coast sites are disappearing, therefore the traveller must be wise and these councils named and shamed. Certainly travellers should refrain from spending in that shire as far as is possible.

On the other hand rural and regional councils see the value of travellers spending in local businesses and in some case accounting for there survival. Excellent facilities are being provided by many of these councils who have vision to see the overall benefit. The further out travelled the more isolated camp spots become available with little restriction or interference.

Travellers are a growth industry employing many thousand of people directly or indirectly. Further increases are inevitable making rules and regulation a fore gone conclusion. Better to employ self regulation, understanding simple standards, ensuring the travellers footmark is undetectable.

Are you a traveller? What can be done to regain the freedom of travel? Do you care about other travellers?