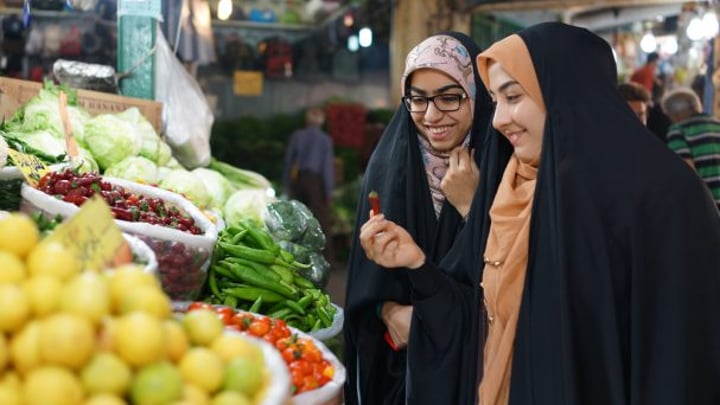 With all the social and political conflict that is going on in the Middle East, it’s not necessarily a region that people are falling over themselves to travel to. But, it is a region of immense diversity, incredible history, ancient ruins, delicious food, architectural buildings that boggle the mind and locals who are excited about meeting people from all over the world.

More: How to use a squatty toilet, even with bad knees

If you’re a history buff, or just want to get off the beaten track and see if the news, television and movies correctly portray the region, then it is a place that must be added to your bucket list. In saying that, there are also cultural differences and social norms that are worth keeping in mind, especially if you don’t want to offend people while you’re there.

This goes for other areas other than just the Middle Easter, but there are a few hand gestures that you might think are absolutely harmless that actually might cause some offence. One of those gestures is the thumbs-up. It might mean everything is great in some parts of the world, but in areas of the Middle East it actually has the same meaning as raising your middle finger. And that’s no way to make friends, now, is it?

The Middle East is a large region with a whole variety of customs, laws, rules and traditions, so it pays to research the specific country you’re visiting before you go and what the customary dress code is in those areas. There are some areas of the Middle East where it is against the law for men and women not to cover themselves, including Iran, Saudi Arabia and Yemen. But in other countries, it’s only expected that women cover their arms, legs, chests and the nape of their neck, while the men should wear long pants and long-sleeve shirts. For the women, be sure to bring a scarf with you for those moments you want to enter some of the beautiful mosques, it’s disrespectful to enter these places without covering up. Given that much of the Middle East is hot a lot of the time, you’d think that it would be uncomfortable to wear long pants, shirts and a hijab, but actually it is much cooler to do so and is a great protection from the sun.

Public display of affection is a big no-no in the Middle East, so don’t go kissing your significant other while walking down the street. Actually, even holding hands can can cause quite the controversy in some countries so keep that sort of behaviour for when you’re in private. You might actually find that people of the same sex will hold hands while walking down the street, both men and women, and this type of affection is much more common. But homosexuality is illegal, so definitely don’t see that as an invitation to hold hands with your same-sex partner in public. Unfortunately that is an incredibly dangerous thing to do and will see you end up in serious trouble.

If you’re imagining yourself sipping cocktails and martinis from a rooftop hotel during your Middle Eastern getaway, you might want to make sure you’re heading to the right country. Alcohol is illegal in many countries in the Middle East including Afghanistan, Iran, Saudi Arabia, the United Arab Emirates and Yemen.

You might consider a friendly greeting a simple shake of the hand or a kiss on the cheek, but this could seriously offend or surprise the people in the Middle East. While many locals will understand that foreigners are not customary to their local traditions or practices, it is polite to make sure you are following the local norms as much as possible, and greetings fall into that category. In Muslim countries, it’s not customary for men and women to shake hands if they have not met before, or are not friends. If you’re a woman meeting a man for the first time, wait for the man to extend his hand. If he doesn’t, a smile and a hello, as well as a friendly nod of the head is perfectly polite. Women often kiss other women on the cheek, two or three times, as do men with men. But a handshake between men is also common.

People throughout the Middle East are incredibly hospitable, so don’t be surprised if people you have just met invite you out for dinner or lunch, or even to their family homes for a meal. Often people may apologise for the meal not being enough, or too simple, and this is often a way of showing modesty and appreciation of your company. In some countries it’s also customary for people to give you an item if you have complimented it, so be careful of what you comment on, you might just find your host trying to give it to you as a gift.

One of the greatest things about smiling is that it is a universal form of communication. And while it might be normal to put your guard up while you’re in a foreign country, flashing a smile at someone can be such a quick and easy way to break the ice. Relax a little, learn and have an amazing time finding out about all the new customs and traditions while you’re there.

Have you been to the Middle East? What were some of your observations while you were there? Let us know in the comments section below.