Tiny houses sound great in theory, but there’s a catch 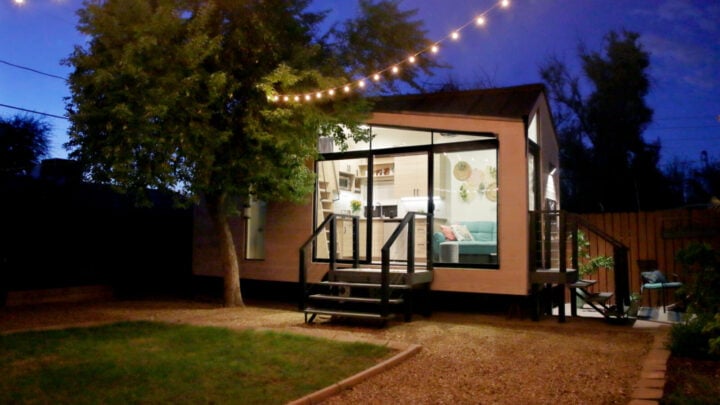 Tiny homes are a hit on TV makeover shows, but living in one isn't always easy. Source: Getty

Despite early forecasts of a COVID-driven slump, house prices are now surging in many parts of Australia. This is further widening the gap between the housing “haves” and “have-nots”, and we are seeing related rises in housing stress, rental insecurity and homelessness. In Australia and elsewhere a movement has emerged that supports tiny house living as an important response to the housing affordability crisis.

“[Tiny houses] have significant potential to be a catalyst for infill development, either as tiny house villages, or by relaxing planning schemes to allow owners and tenants to situate well-designed tiny houses on suburban lots.”

Yet, to date, research begun in 2014 shows no appreciable increase in Australia in the proportion of people actually living in tiny houses, including the archetypal tiny houses on wheels.

Read more: So, you want to live tiny? Here’s what to consider when choosing a house, van or caravan

That’s despite the tiny house movement continuing to gain in popularity over the past decade, buoyed by Facebook, YouTube and Instagram. Google Trends indicates the level of interest shows no sign of abating. A Tiny Homes Carnival in Sydney in March 2020 attracted more than 8,000 people to see tiny houses for sale and listen to tiny house celebrities such as Bryce Langdon of Living Big in a Tiny House and Zack Griffin and John Weisbath of Tiny House Nation.

But that popularity isn’t translating into more people living in tiny houses. Data from four surveys of the tiny house community (the latest in February 2021) show the proportion of respondents living in tiny houses remains under 20% (fewer than 200 people). It hasn’t grown in the past seven years.

The surveys were posted as links to tiny house social media sites, so of course the findings cannot be extrapolated to the whole community. Nonetheless, most tiny house advocates in Australia belong to these groups.

Some in the movement argue this is due to obstacles such as restrictive planning policies and difficulties in getting finance and secure access to land. In response, some local governments – Cairns and Byron Bay, for example – have published helpful fact sheets and guides.

However, in a recently published research paper in Housing Studies, we argue even if these obstacles were removed, we might not see a big increase in tiny house living, especially in tiny houses on wheels. We reached this conclusion based on what people who are part of the movement, including our survey respondents, said about their motivations and aspirations.

They had three main motivations:

In reality, professionally built (off-the-shelf) tiny houses on wheels can cost three times more per square metre than standard houses. The most popular size for a tiny house on wheels is 7.2-by-2.4 metres, which is around 27 square metres (including loft space). That can cost upwards of A$80,000.

Of course many build their tiny houses fully or partly themselves, which can greatly reduce costs.

We suggest that for many (but certainly not all) members of the movement, their strongest commitment is to their principles and aspirations, rather than to a particular type of dwelling. Some research indicates that tiny house dwellers live a more sustainable lifestyle even after moving to another type of dwelling.

One of the important benefits of tiny house living was the opportunity to be part of a rather ill-defined “community”. The most recent survey unpacked this concept of community. For over 90% of respondents this meant living in a defined area with other tiny house dwellers.

As one respondent said, their ideal was “to share land with a group of tinies, without caravan park zoning”. We found more generally this meant a place with shared access to facilities such as vegetable gardens, workshops, tool sheds and community areas.

So, this research casts doubt on claims that tiny houses represent a major solution to the housing affordability crisis, held back mainly by cumbersome local council regulations and a lack of tailored finance.

Read more:
Interest in tiny houses is growing, so who wants them and why?

Reforms would still be welcome

This is not to say better regulation and finance would not be welcome.

Reforms could include amendments to the National Construction Code. These include ensuring tiny houses are structurally sound, energy-efficient and achieve a minimum bushfire attack level rating.

Local councils could also look more favourably on tiny houses on wheels. This would be subject to certain conditions, including the control of environmental waste and the creation of an appropriate local rates category.

Given the interest in community living, councils could also consider relaxing restrictions on multiple dwellings on larger properties. This would enable a degree of communal living, perhaps in peri-urban areas.

These changes would help many aspiring tiny house dwellers achieve their dream.

Perhaps the most significant contribution the tiny house movement has made so far has been in opening up an important debate about housing choice. It has raised important questions, including:

In encouraging this debate, the tiny house movement’s greatest contribution might be to remind us of economist E.F. Schumacher’s famous principle that small is beautiful and more sustainable.

Would you ever live in a tiny house?