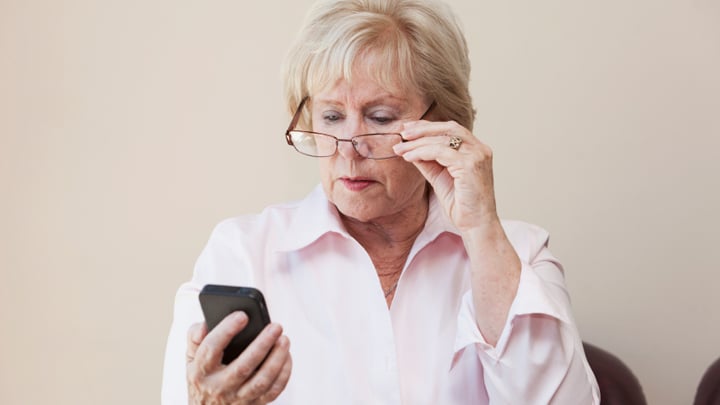 Christine signed up for a competitions website and was immediately inundated with nuisance calls from telemarketers. (Photo posed by model) Source: Stock

I recently saw a current affairs piece on television about people winning competitions online. There was a website specifically catering to competitions that was being recommended. I wouldn’t consider myself to be a particularly lucky person; I doubt I could win a raffle at the local RSL, let alone an online competition, but I was intrigued.

My much-loved and well-used iPad was about ready for the last round up. I thought it would be wonderful to win a new one.

I’ve always been quite wary of competitions. I don’t like having to give my personal details in addition to my email address and phone number.

Still, I kept thinking about a new iPad. I stupidly joined the site I’d seen recommended on the current affairs program.

Scrolling through I considered that there had to be a competition for an iPad at some point. If not an iPad, another tablet — though I admit to being quite the dinosaur with technology and had to look at what tablets were on the market so that I could figure out which one might be best for me. Price was a high priority.

Unable to find one, I entered a competition to win a new vacuum cleaner (I could do with a new one of those too). I had to give my phone number for that one.

Within 24 hours of my signing up to this competition website, I was bombarded with phone calls from private numbers. I was offered a tablet for half the price of retail and was required to give them nothing other than my bank details. Fair dinkum, I don’t know how these people sleep at night… I gave them a mouthful, too.

Almost a dozen calls were received from a private number, and I kept declining the call. I suspect the competition website is now using my phone number for marketing purposes. It was just too weird a coincidence.

I read somewhere that more than 40 per cent of scams in Australia are carried out over the phone. I know the best thing to do is hang up when I get one of these calls. I regret ever signing up for this stuff in the first place, but how do I prevent the nuisance from continuing?!

Have you received nuisance calls to your mobile phone or landline? Have you ever signed up for a competition and been reluctant to give your personal details?