Holden are ceasing production in Oz, but they’ll live on forever 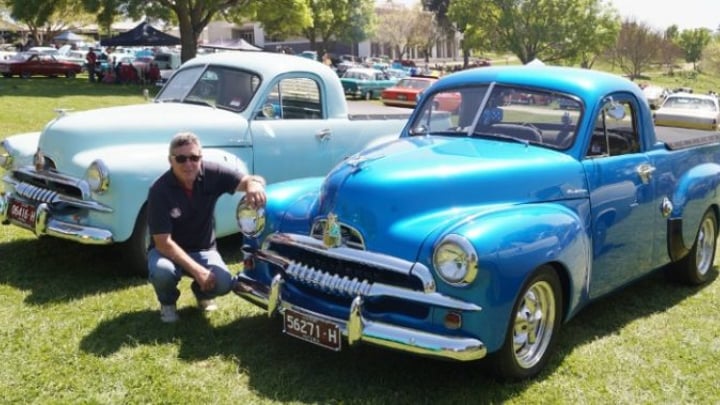 Rod with a couple of classic Holden utes. Picture: Supplied

The story began in 1852 when a young bloke from Staffordshire in England arrived in Australia. His name was James Alexander Holden. Holden was a saddler and leather worker and he saw a chance to make a living crafting saddles and other leather goods. The shop that he established in Adelaide was known as J.A. Holden and Company.

From humble beginnings, the business grew, and as Australia met the challenges of an ever-changing world, so too did the Holden manufacturing business. By 1923 the company was building car bodies to meet the demand from General Motors in America. In 1930 Australia felt the effect of the world-wide depression and, having just completed major expansion works, Holden was in trouble and forced to drastically reduce production.

On October 20th, 2017 Australia will lose something that is uniquely Aussie. “Australia’s own car”, Holden, will cease production in Australia and a proud history of car manufacturing will come to an end. A sad occasion not only for those who grew up with a Holden, but also for lovers of motoring in general. From 2018, cars bearing the Holden lion badge will be built overseas. These cars will continue the Holden story in a different light. No longer an Australian car, the new Holden marque will not have the loyalty of many motorists who, for years, have had a Holden parked in their driveway. The not so Aussie Holden cars will have to find a new niche in a very competitive world market.

This is not the end of Aussie Holden cars. It will be the beginning of a new and exciting chapter in the Holden story. For Holden devotees, our Aussie Holden will live on for ever. It could be that old Holdens will become very popular as motoring enthusiasts clamber to get their hands on a piece of Aussie motoring history. Already we have seen auction prices go through the roof with several HT GTS 350 Monaros reach more than $300,000. Admittedly, these cars were probably in near mint condition, but to become the owner of any old Holden you may well have to fork out big dollars.

Any motoring enthusiast, restorer or collector will tell you that a rusty car body is not dead; it just needs a bit of work. Many may reckon there is no value in buying an old car and that spending thousands on a piece of junk is pure insanity, but think again, because people are wanting that Aussie-ness of an old Holden. It is quite probable that in the next few years that old Holden might become a very valuable asset.

For Holden devotees things have changed. No longer can we look forward to the next Aussie Holden model that rolls of the production line. The V8, the ute and so much more, all gone. Fortunately, we have our memories and we still have our Aussie Holdens.

Do you, or did you ever own a Holden you loved?