Good will hunting : The essential scenarios to consider when planning your Will 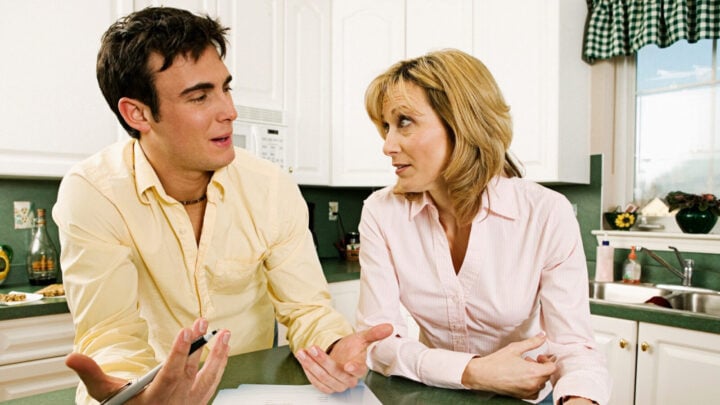 This estate planning guru explains the various scenerios that unfold when a person doesn’t thoroughly think through their Will, especially when it comes to allocating valuable assets to spouses and children. It can be difficult when a person wants to be ‘fair’ and ‘equal’ to all parties involved, however, Brian Herd explains this isn’t always the smartest approach given a number of ‘what if’ scenerios could take place and essentially rain on your ‘honourable’ intentions. It may be fair to say, don’t always trust that your spouse will act in your best interest when you die, so consider the following advice when planning your Will.

I often think life is a safari through the quicksand of events. One such event is the second marriage or relationship. I often sit opposite mature aged couples in their 60s or 70s who are in their second marriage, embarking on an expedition in pursuit of the perfect Will. Usually, they each have children from their first marriage and there is often a discrepancy in their respective income and wealth.

The discussion starts with a familiar mantra from both; “Brian, when it comes to our Wills, we just want to be fair to everyone.” This normally translates into a Will which says, ‘I give everything to my spouse and then to all the children (of both marriages) equally’. We sometimes call this aspiration the triumph of hope over experience. As their lawyer and expeditionary leader, I then start to rain on their honourable intentions.

I recount to them some familiar ‘what if ‘ scenarios.

What if, believing that you and your spouse had an understanding that you would not change your Wills, soon after the last words of your eulogy waft into the atmosphere, your spouse changes their Will to give everything to their children to the exclusion of yours?

The Ken and Barbie scenario

What if, shortly after your celestial transfer, your spouse attends their first line dancing class and succumbs to the advances of a beguiling member of the opposite or same sex and, with some subtle urgings, your spouse changes their Will to give everything to their new partner to the exclusion of all the children?

What if, some of your children get upset that you have left everything to your spouse, their step-parent, and then challenge your Will asserting they should have been given your estate, not your spouse, because they’re not ‘family’?

At this point, they start to look askance at each other and think, ‘this is not as simple as we thought’. Ultimately, I have found there are generally two responses to these scenarios:

The Jo Bjelke-Peterson retort- “Don’t you worry about that!” or;

The Variation on the Nike theme – Let’s do something about it!

For the former type, it is a matter of closing your eyes and crossing your fingers and hoping and praying it all works out. For the latter type, we go on to explore the options available to either lock in each other’s Will or to resist a subsequent challenge to it.

Generally speaking, the law permits you to make or change your Will as often as you like and to say anything you want in it. A spouse, a child, or a dependent of a deceased are, broadly, the only persons able to challenge your Will on the basis that they have not been provided for, or if they have, that they have not been adequately provided for. To be successful, the challenger will have to convince a court that you had a moral obligation to provide for them and they had a need to be provided for.

I have divided these tools for your Will kit bag into two types:

The purpose of these tools is to either reduce the prospects of a successful challenge to your Will or to ensure that your spouse does not subsequently frustrate or defeat your intentions.

Thing you can do in life

There is a lot to be said for those retirees known as ‘SKINS – Spend Kids Inheritance Now! The reality is, if you die with nothing, then there is nothing to fight about when you die. While this sounds attractive, downsizing has its downsides. Giving away or spending everything may assign you to poverty in retirement and, even worse, reduce or disentitle you to any pension. Not only that, it could also severely compromise your aged care options later in life.

Put your Assets Somewhere Else

In your Will, you can only give property that you personally own. It follows that any challenge to your Will can only be in relation to what you owned personally when you died. Placing your property into another legal vehicle, such as a Family Trust or Superannuation, while you are alive, can quarantine those assets from your estate which means they can’t be touched in any challenge to your Will.

Where there is a discrepancy in wealth between two people in a second marriage, a family law financial agreement may be a way of ensuring that assets and wealth are kept separate during and after marriage. These are legally binding agreements between spouses that can be entered into before marriage, during a marriage and on separation. They can outline what will happen to your assets during and after marriage, as well as on the death of one of you.

If you each have the intention of not providing for each other in your Wills but just for your own children, it can be very important to not only keep your assets separate from each other but to also keep a record of who owns what. This would also mean not buying assets together as joint tenants but rather as tenants in common so that you can give your interest in the property to whom you want.

Everyone should have one of these documents in which you appoint someone to make decisions for you should you ever lose the capacity to do so. Because such an attorney has the power to do basically anything in relation to your affairs that you could do yourself, they can have a significant effect on your financial affairs if they must make decisions for you. This can have a flow on effect to your estate. For this reason, I sometimes recommend to people in their second marriage that they appoint, not just their spouse, but also one of their own children as their joint attorneys to ensure that nothing untoward is done to compromise a person’s estate.

Things you can do in death

These devices relate to what you can do with, or associated with, your Will to reduce the prospects of someone challenging it or to ensure your spouse does not change their Will after you die.

To lock your spouse into the Wills you have mutually agreed to do, you can, in addition to your Wills, also enter a contract with them where you mutually agree not to change your Wills without your or your personal representative’s consent. This device can be effective in countering the tendency of the surviving spouse to succumb to the various scenarios mentioned above.

In your Will, instead of giving an asset to your spouse, you can give them something less, namely, a life interest in the asset rather than ownership of it. This means they simply have the right to use the asset or receive the benefit of it during their life but never own it. As a result, it will never form part of their estate to give away in their Will.

If you anticipate that someone might challenge your Will when you die, it can often be important to leave a document that explains why you have done your Will in the way you have. This is known as a Statement of Wishes. It is usually a separate document to your Will and sets out the reasons you have not provided for someone. If your Will is challenged, the Statement of Wishes is then given to the Court so that they can see why you have done what you have done. It can be very effective in countering a challenge to your Will. Some people are now doing these Statements not in a written document, but by way of a video recording and can be seen explaining their reasons, which can be later posthumously played to a court.

Lawyers are loath to generalise about the law and it may be downright dangerous especially in a country like Australia where the law of Wills differs from one state or territory to the next.

For that reason, this article simply gives broad information. The cost of that information to you is simply the time it takes to read it. However, if you believe in the saying, ‘you get what you pay for’, then you need to get something from this information – take the next step – get advice on your circumstances – see your lawyer! Alternatively, be a ‘gunna’ and don’t.