Cognitive decline: One of the most feared conditions by Australians as they get older 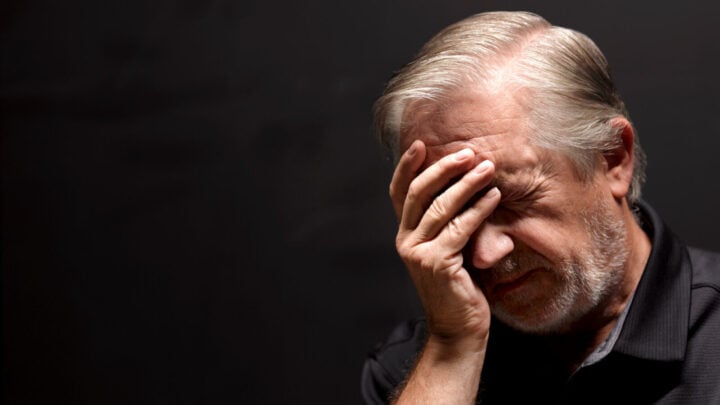 Many people have a negative attitude toward ageing. In most contemporary societies, ageing is associated with a general loss of value and an inevitable decline in both physical and cognitive function. The Fear of Growing Old (FOGO) is also rising in a world where life expectancy is increasing.

What are the factors that make us fearful of ageing? Which of these factors do we fear the most? At The CareSide, my home care company, we surveyed Australians about their biggest fears about growing old.

The factors we included were some of the most common fears associated with getting older: physical decline, cognitive decline, loss of independence, social isolation, death of spouse or partner, loss of purpose, or not having enough savings, among others.

Are Australians really afraid of ageing? The results showed that, without any doubt, Australians are definitely scared of growing old. The three factors most feared by Australians, both those under 65 and over 65, are all related: cognitive decline and physical decline, which concerns 81 per cent of the 561 respondents, and loss of independence, which worries 74 per cent of respondents.

Suffering mild cognitive impairment or dementia is feared by a large proportion of respondents.

According to Dementia Australia, 487,500 Australians are currently living with dementia, and this number is expected to increase in the coming years. Many people fear cognitive impairment because it can significantly impact an individual’s life and those around them and is associated with a loss of hope and enjoyment.

Fortunately, in a rapidly ageing society, where dementia affects millions of people worldwide, the development of new therapies to help improve the quality of life for people with dementia is on the rise. One of these therapies is reminiscence therapy, which has great benefits, such as supporting self-esteem and enhancing interpersonal and family relationships.

On the other hand, physical decline is also highly feared by the Australians we surveyed. Common health conditions in older age include hearing loss, cataracts, lung disease, vision problems, and lung disease or diabetes, among others. The loss of physical health greatly impacts a person’s life, as they will need to adapt their lifestyle.

Both physical and cognitive decline is related to loss of independence.

For respondents aged 65 plus, loss of independence is the biggest fear factor about getting older, with 90 per cent of respondents choosing this option. After a lifetime of adulthood providing and caring for loved ones, getting older and becoming the one who needs help can be a difficult pill to swallow for many people, and even the idea of it can be quite frightening.

Yet, everything has an upside. What do respondents think about the bright side of getting older? While Australians generally believe they have a lot to be excited about, we came across an interesting point here, as the results show a clear difference between respondents under 65 and those over 65.

Those under 65 showed higher expectations about getting older.

Looking at these results, it’s clear that younger people have a romanticised idea of what ageing actually means. Young people may tend to think that the only thing that will change in the future is their age. Still, the reality is that many people experience changes in their bodies and brains as they get older, which can sometimes make it difficult to carry out certain activities such as travelling, spending time with friends and family, or enjoying leisure time. In addition, not working in the future is seen as a very positive thing by people under 65, while people over 65 do not see it so positively, probably because of a perception that work brings purpose to life and makes people feel useful, active, and valuable.

Will the fear of ageing diminish in the coming years, or will it increase as the ageing population grows?

The survey results are clear about the present: Australians are afraid of ageing. Later life is just one more stage of life, which can be full of joy, happiness and plenitude if it’s adapted to and provided with the necessary support and resources. We should certainly continue working tirelessly to find solutions to enable older people to enjoy the best quality of life for as long as possible.

If younger people have the example of happy, fulfilled, and joyful older people around them, the fear of ageing will decrease.