‘What helped me endure the grief of losing my son’ 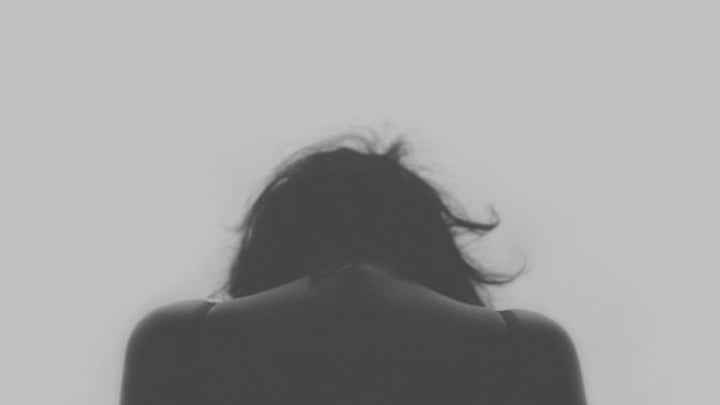 'I am burdened by the weight of my unrelenting grief'. Source: Pixabay

One of my PhD supervisors, Glen, died recently. It wasn’t unexpected — he had terminal cancer — but it was still a shock. He was a wonderful man and will be greatly missed in our community.

I am intimately acquainted with death by cancer. My son, Rory, died on December 22, 2010 from an osteosarcoma. He had just turned 19. I had begun my PhD before he fell ill, but then abandoned it to care for him. I am a primary school teacher and after he died the system allowed me two years off for bereavement leave.

Six months into my leave, I was sitting on the couch having morning tea with my dog, El. Well, to clarify, I was eating — she was watching me chew. Intensely watching me chew. She’s a Labrador, they have a keen, if uncontrollable, interest in food. El and I had spoken about Rory and his cancer on many occasions.

There was a day a couple of months after Rory had died I found her lying in his room beside his empty bed. When I asked her what she was doing she raised her head and her eyes said, “He’s gone. I miss him. When is he coming back?” At that stage I couldn’t verbalise the unimaginable — that he would never again run with her and throw the ball for her or let her illegally sleep on the bed with him. ‘No Dogs on the Bed’ was a rule made to be broken by my children and my dog.

I was not the only one who discussed cancer with El. It was only then that I realised what a stalwart friend she had been to my son in the lonely, dark and desperate hours. A warm body when the universe offered nothing but the cold realisation of imminent death. A quiet understanding that absorbed tears. A trust that her consistent loving presence made a difference to him in his hours of need.

I digress. I was sitting on the couch having morning tea when suddenly El looked to me as if to say, “You are driving yourself crazy thinking about Rory and the finality and cruelty of his death. You need a purpose. Go back to your study.”

I was outraged that she should think for one moment that my grief could and/or should lessen. “I can’t, I’m not whole. I am broken and raw and can’t hold a thought for longer than 2 minutes and I cry all the time.”

“You can. You must go on. Otherwise, what’s it all for? Rory always said you needed a project to keep you going. Live your life. I will be here for you in the physical world and Rory will remain a significant presence in your thoughts.”

So, I rang Glen. He suggested a topic and I began — slowly, haltingly. It’s taken me seven years to submit my thesis, and I’ve learned a lot in the process.

I’ve learned that it is possible to function physically and mentally in a physical world that does not include my beloved son and where I am burdened by the weight of my unrelenting grief. I’ve learned that by focusing on something else, grief can be overcome momentarily in small increments that gradually build to larger slices of time. My grief is subdued for periods of time.
Even though I am alone in my particular grief, I’ve learned that my story is not unique. There are others who grieve and suffer the heartbreak of the loss of a child and deal with it in their own way. One way is no better than another. We choose our own path to grieve and own our own grief.

I’ve learned that essentially I am alone in my grief. I need to deal with it in a manner that feels right for me. Ignore the naysayers, they have no idea what you’re going through. My son once said about his cancer journey and his impending death, “I’ve realised that there are always people in life who think they know what’s going on better than you do. Some people are always gonna hate. And I say let ’em hate, ’cause they don’t know what I do.”

I’ve learned the patience that comes from striving for a long-term goal. For me, time does not heal but it does provide trade-offs if I am open to them. If I can do this (study) then I can do that (live with my grief).

Throughout the whole process my dog has been my champion. She has listened to paragraphs that made no sense at all and helped me to find some structure. She has endured my frustrations and my triumphs and snored through the countless hours that it took to write my chapters. Her quiet presence helped me endure the solitary, isolated hours just as she did for Rory. “You can do this. I am here.”

Can you relate to losing a child? How have you endured during your grief?