Can Ukraine be saved? 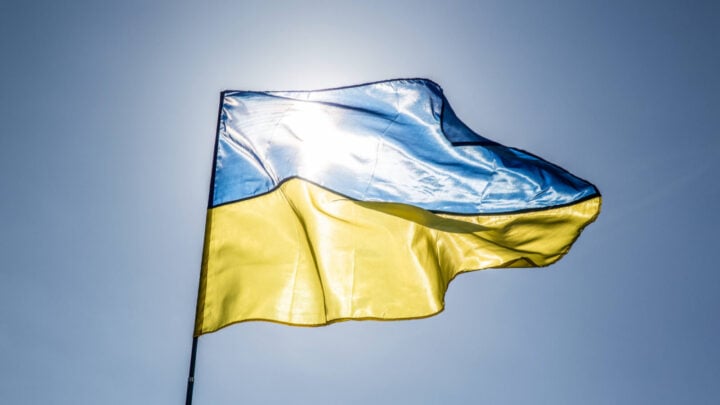 The current likely options for Ukraine seem to be the Ukrainians fighting to the death for their freedom or surrendering and living under Russian oppression. Ukraine’s leaders and Western rhetoric assert that the Ukrainians will defeat the Russian troops.

However, gradually the opposite seems to be happening: death without victory.

The facts seem to point to a Russian military conquest, gradually gained by the systematic destruction of Ukraine until effective resistance is crushed. So Ukraine seems to be edging closer to being erased through its whole country becoming a bloody battlefield.

This seems to be aided and abetted by a growing flow of Western arms into Ukraine and by the West cheering them to fight on to the bitter end. There is, however, perhaps a third option that could allow the present Ukrainian regime to survive, avoid tyranny and the utter erasing of Ukraine.

This is, however, an option that neither the present Ukrainian government nor the West may be willing to contemplate because it would sound too distasteful to them. They would see it as backing down to a bully. So they would rather have Ukraine erased than choose this option.

This option could be a NATO and Ukraine government sponsored deal. It would perhaps involve Ukraine recognising one, the autonomy of the break-away Eastern self-declared republics and two, the recognition of Crimea as part of Russia and three, a constitutional undertaking not to join NATO.

In return, Russia would one, stop fighting and withdraw from Ukraine, two, renounce any demand on further territories of Ukraine and three, to recognise the remaining Ukraine’s integrity as a sovereign state.

The issues about sanctions could then further be negotiated.

If such a peace deal succeeded, Ukraine’s present regime and the remaining infrastructure could be saved and the further erasing of Ukraine may stop. But if no such settlement could be reached, Ukraine risks getting severely crushed by Russia and to lose more territory to its conqueror.

The Ukrainian leadership is courageous but seems to be unrealistic in believing that Ukraine and Kyiv somehow can repel and win over the massive Russian invasion force. But without an air force and NATO boots on the ground, neither of which will NATO provide, they are no match to the gigantic military force of the Russian invaders. Yet Ukraine still hopes for NATO intervention even though it will not happen because of the risk of nuclear war.

Is the West justified in continuing arming Ukraine and therefore prolonging the war, even though without direct involvement from NATO, Ukraine is bleeding to death in front of our very eyes?

Will the West ever learn, for example, from what Putin achieved in Syria when the West cheered for the ‘Arab Spring’, then armed the rebels without being willing to shed the blood of Western soldiers on their behalf, while Russia went in boots and all. They helped to restore dictatorship in Syria and made the failed state their own vassal state, which just voted at the UN to support the Russian invasion of Ukraine. Instead of gaining democracy, Syria was ravaged; some half a million people were killed so far, millions displaced and the Assad dictatorship became worse than it was before the ‘Arab Spring’.

The West has a responsibility to do everything for peace to stop the fighting in Ukraine before it becomes another Syria.

Otherwise, even in the unlikely event that Putin would lose power in Russia, as the sanctions may start to decisively hurt him, this is unlikely to happen before the destruction of Ukraine. And while there is a lot of hope that the sanctions would eventually bring Putin to his knees, a couple of vital facts are ignored.

Firstly, the West with one hand sanctions Putin, but with the other hand keeps financing his war by continuing to buy oil and gas from Russia.

The Guardian reports that “as much as $700m (£525m) of oil, gas and other commodities is thought to be bought by the UK, US and EU each day, powering the Russian economy and aiding the Kremlin. Russia accounts for almost 40% of the EU’s natural gas imports, with up to 65% in Germany and 100% in some eastern European nations.”

Secondly, some other countries with enormous markets, particularly China and India, will not sanction Russia and are even ready to buy goods that Russia cannot now sell to the West.

For example, China now opened its market to Russian wheat that was till now sold to the West and will buy much more gas and oil from Russia too.

“On February 4th, China and Russia signed an agreement declaring the creation of a new world order they described as a ‘no limits’ partnership that included Beijing’s support for Russia’s view Ukraine should remain out of NATO,” reported ABC.

And Defense News reported– ‘‘India is now gearing to counter the impact of new economic sanctions on Russia by the U.S. and Europe that could hamper armaments and military spares supplies from Moscow. Russia has been the largest arms supplier to India since the early 1970s. Today, 60% of India’s military hardware inventory is from Russia.”

All these point to Ukraine losing out. The West may be needing to give up the idea that Russia will be forced to stop its assault on Ukraine because of sanctions any time soon.

No matter how unattractive it may seem, would Ukraine not be better off to heed Putin’s demands and offer giving up some of its territory to Russia before it gets crushed and may be left without any bargaining chips?

Should Ukraine offer Russia land to stop the assault on Ukraine?