‘Unedited bias and loose standards: Journalism isn’t what it used to be’ 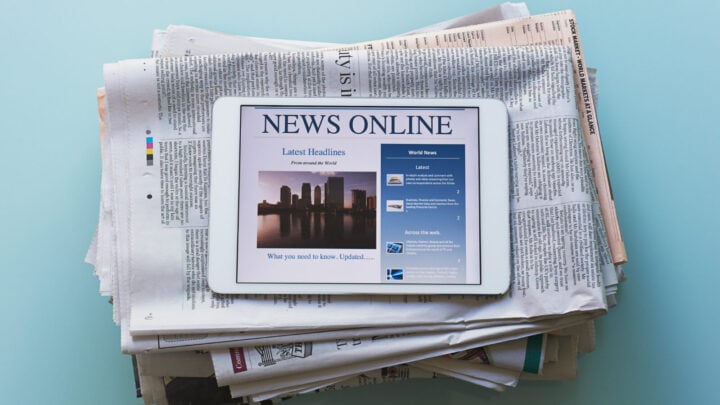 Brian has a bone to pick with modern media. Source: Getty

We, the silent majority, are in a position where we now have to endure the constant bias of the modern media. Take the recent presidential debates in the lead up to the US election for example.

Same debate but two completely different reports, proving yet again that most media has an agenda to push and will only tell you the line that fits its agenda, not necessarily the truth.

There is rarely balanced reporting anymore, and the news is far removed from its original purpose.

In May 1789, Louis XVI summoned to Versailles a full meeting of the Estates General. The First Estate consisted of three hundred nobles. The second Estate, three hundred clergy. The Third Estate, six hundred commoners. Some years later, after The French Revolution, Irish statesman and philosopher Edmund Burke, looking up at the Press Gallery of the House of Commons, said: “Yonder, there sat a Fourth Estate more important far than they all.”

The whole justification of the Fourth Estate is that it should be a monitor of public morals. Journalists are meant to critique our politicians and hold them accountable to their actions and words.

The US Declaration of Independence has a particularly powerful passage on this, which states: “Governments are instituted among men, deriving their just powers from the consent of the governed that when any form of government becomes destructive in those ends, it is the right of the people to alter or abolish it, and to institute a new government … it is their right, it is their duty, to throw off such government, and to provide new Guards for their future security.”

It is a safe there aren’t many news organisations or journalists that would dare to utter these words today. Television journalists spend too much time in deep admiration for politicians who show particular skill in lying, so much so that they now have institutionalised the destruction of public ethics by elevating deceit to a statecraft called spin.

Fact is augmented by fiction and the oxygen of publicity. We have to sort out the truth from the apocryphal. Hindsight fertilises blame and guilt. Ignorance is the lifeblood of conflict.

Public opinion is driven by perception rather than by fact. The proposition that endless repetition has caused too many of us to mistake ego for wisdom. Better to repeat than to verify. Authentication costs money. Good reporting is now coloured by the wishes of the tut-brigade and purse-lipped pontificators and it has to come to an end.

Do you think journalism standards have fallen?