‘True crime: My granny’s story of a murder most foul’ 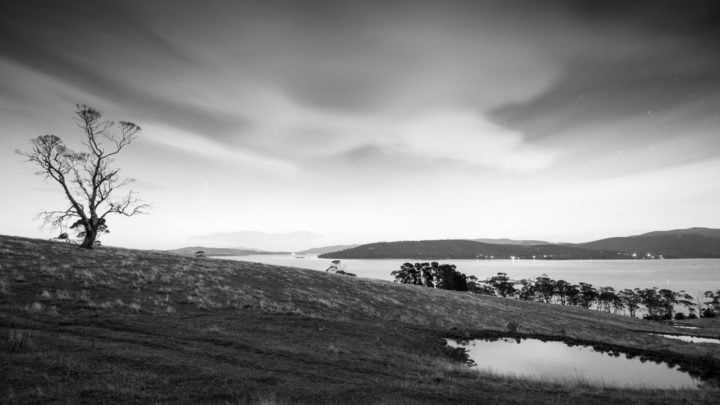 Eight-year-old Robert had been left in charge of the care of his 2.5-year-old half-brother Alick. Source: Getty Images

I’ve previously written about visiting my paternal great-grandmother back in the 1940s. The home where she raised a brood of 15 alone was situated on the main road to Irishtown, a small hamlet on the far north-west coast of Tasmania. Not far along the road from the local cemetery, her front porch looked down the slope of a side road named Fahey’s Lane.

Granny related little snippets about murder most foul but, frustratingly, because of my ‘tender years’, she’d never relate the entire tale. Suffice for me to know, or so she had me believe, a lad my own age, 40 years before, had killed his little brother. I thought the lack of further information did nothing but heighten the mystery, but the rest of the story had to await my father’s telling — and that wasn’t until I’d turned 13!

From Dad’s account, and again from subsequently reading Trove, that wonderful online facility now available to us, I’m able to tell you the terrible story:

Mr and Mrs Robertson lived in Fahey’s Lane with the family’s two boys, Robert John Davis, eight, and his half-brother Alexander (Alick) Robertson, 2.5 years. Mr Robertson, a farm labourer, set off on foot to his work 1.5 miles (2.4 kilometres) away on the property of a Mr House. Mrs Robertson had need of suitable facilities to do the family’s wash, so loaded it up and walked the mile or more to Irishtown, leaving Alick in Robert’s care.

During the morning, the two boys turned up at the House property to see their father, having walked all the way through the bush, but were sent home barely 30 minutes later. That evening, on Mr Robertson’s return, there was no sign of Alick. When asked, Robert said, “A hyena took him … while we were coming through the bush.”

Later, following a repeat of that fanciful account, and pressed for a more likely explanation, Robert said Alick “… was riding on my back and fell off.”

The father went out and mounted a search, finding the youngster hidden in a depression in the ground about a mile from home. Barely alive, the child’s head was severely battered. He died two hours later.

Trooper Knight performed an investigation and prepared a report for the coroner. At inquest, evidence was given by a number of people with, one imagines, the most telling coming from Dr McCausland and, indeed, from Robert himself. He told the coroner and the jury that he was unable to carry Alick all the way home, so hit him twice on the head with a piece of wood, then put him in the hole.

The jury found that “… the boy died from a fracture of the skull, caused by his brother Robert striking him on the head”, and sent him to trial for murder.

The trial was especially interesting. When Robert was brought before the court he was sat on a chair within view of the judge. It was evident to observers that this slight lad “… had a rather pleasing face. He was quite unaware of the nature of proceedings and took little notice of them. His demeanour gave no indication of a troubled mind… betraying not the slightest fear.”

The solicitor-general addressed the trial judge, Mr Justice McIntyre, saying it was sad they should proceed with such a serious charge against a child of such tender years. He was a child born in unhappy circumstances and had lived his entire life in the back blocks.

Following discussion, and with the parents agreeing to Robert spending a period in a boys’ home or similar institution, Mr Justice McIntyre issued a nolle prosequi to enable its passage.

Perhaps it was because I, too, was really no more than an eight-year-old innocent that Granny would say no more. My thanks then, almost entirely, to Trove for information used here.

Do you remember the tales your grandmother or grandfather would tell you as a child?